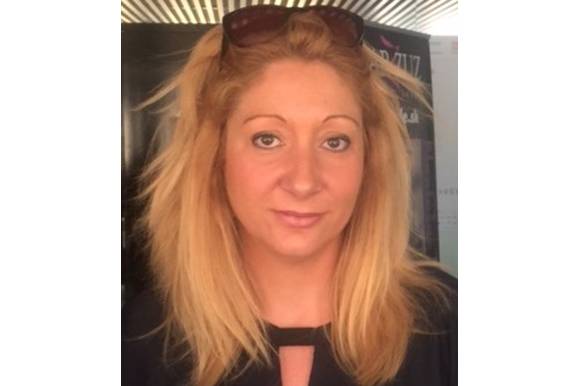 This month we speak with Sylvie Leray, Managing Director of Artcam since 2015. Film Distribution Artcam is a fully integrated distribution company based in Prague, focusing on independent and art house films. Artcam also runs an art house theatre located in the historic center of Prague, and it also started production activity in 2015.

Artcam distributes in cinema theaters art house movies that are often awarded at the biggest international film festivals and that are distinctive European and non-European alternative titles.

It has released so far more than 100 titles, such as Buena Vista Social Club, Mulholland Drive, Oldboy, Coffee and Cigarettes, Antichrist, White Ribbon, A Separation, Apollonide, Persepolis, No, Mommy, Jimmy P., Dior and I, Marguerite, Mustang, James White, Long Way North, Viva, The Dancer, The Salesman and Fire at Sea.

FNE : How would you describe your lineup? What are your upcoming titles?

Sylvie Leray: Our lineup is orientated towards art house films, most of them awarded at international festivals such as Cannes, Berlin or Sundance. We also like to discover new talents as we used to do since the beginning of the company in 2000.

We release 15-16 films per year, mainly from Europe, South America and the USA. The upcoming titles are Wedding by Stephan Streker, Manifesto by Julian Rosefeldt, A Fantastic Woman by Sebastían Lélio, Midwife by Martin Provost, Let the Sunshine In by Claire Denis, The Workshop by Laurent Cantet and Beach Rats by Eliza Hittman.

FNE : Do you have good examples of fruitful collaborations or partnerships with local cinemas? Do you have your own cinema and if so how do you use it to accompany the release of your films?

Sylvie Leray: For four years Artcam has been operating the Béla cinema, a nice cozy theatre in the center or Prague, with 80 seats. Its small capacity doesn't allow us to organise big events or premieres, so we usually cooperate with the Lucerna cinema, the biggest cinema theatre in Prague, with Bio Oko, which frequently has alternative programmes such as the blind screenings (in Czech Oko na slepo) or with the new Kino Pilotů, where we had a few premieres with talents (Jessica Woodworth and Peter Van Den Begin for King of the Belgians or Tomasz Wasilewski for United States of Love).

Other theatres outside Prague are fruitful active partners, such as Kino Art in Brno, Minikino in Ostrava and others. I like to organise tours in the country with the talents when it's possible, so we need to have a strong cooperation with cinema theatres. We organised similar tours with the Romanian director Corneliu Porumboiu and his main actor Toma Cuzin from The Treasure and with all the crew from The Wolf from Royal Vineyard Street by Jan Němec. Apart from the classical promotion, the tours permit us to create events in several cities, to meet the local press and different audiences and to be more active in the social networks.

FNE : If you think of a good success you had in 2016, what’s the percentage of income you got from each window (theatrical, VoD, Home Video, TV)?

Sylvie Leray: In 2016 we had four European successes with a similar result: Fusi by Dagur Kári, Mustang by Deniz Gamze Ergüven, Belgica by Felix Van Groeningen and Fuocoammare by Gianfranco Rosi. The threatrical income was 60%, the TV 25% while the VOD represented 15%.

FNE : What’s your marketing campaign you are more proud of? How did you develop the campaign on different windows?

Sylvie Leray: Personally I liked the campaign for the Czech film The Wolf from Royal Vineyard Street in 2016. After the Special Jury Mention at the International Film Festival in Karlovy Vary, we organised a tour in the country with different special events in each theatre. It was also the last chance to get the whole crew together.

The campaign for Belgica by Felix Van Groeningen was also successful, with a concert and a party organised together with the Karlovy Vary FF and the LUX Prize. We focused the campaign on the music of the famous band Soulwax, so we organised another party in one of the biggest concert halls in Prague.

We also made some Day-and-Date releases for the documentaries Dior and I by Frédéric Tcheng and Our Last Tango by German Kral, and I'm satisfied with the results. The VOD platforms are quite thirsty for it, they know well how to target the audience and they are very active with the promotion.

FNE : Where do you see your company in five years?

Sylvie Leray: Whatever the lineup, keep the passion for films and filmmakers. Watch a lot of movies. Keep in mind the necessity for innovation.