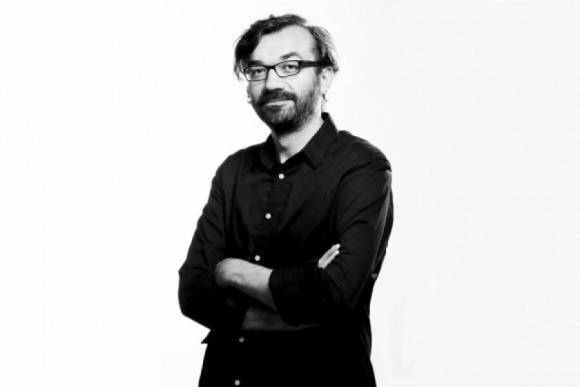 This month we speak with Ivo Andrle, the head of the Czech film distribution company Aerofilms.

Ivo Andrle: Our lineup is a mixture of small and big, old and new, national and foreign, feature films and documentaries. But there is one thing the films have in common. They are the kind of films that we (people working at Aerofilms) would like to watch in cinemas. I admit that we've tried to distribute films without this kind of passion before, but that always proved to be wrong.

We believe that after ten years of work, the label Aerofilms works for many people as an indicator of certain taste and we are very grateful for that. It enables us to make everything work on the economical level somehow.

Among upcoming titles there are: Jan P. Matuszyński’s Last Family (Aurum Film), Michael Haneke’s Happy End, The Other Side of Hope (plus six other older Aki Kaurismäki titles), François Ozon’s Amant Double and many others.

FNE: Do you have good examples of fruitful collaborations or partnerships with local cinemas? Do you have your own cinema and if so, how do you use it to accompany the release of your films?

Ivo Andrle: Our country is lucky for having so many dedicated cinema programmers and managers. Since we come from cinema backgrounds ourselves, our prime interest is to take films that we can distribute in cinemas. I think that many programmers recognise our experiences in running cinemas and understanding their problems, and that helps us in setting mutually fair and respectful long term relations.

Above that, Aerofilms has a very special personal relationship with five cinemas, with whom we collaborate very closely on almost daily basis. That plays an important role in our ability to be in close touch with our audiences, understanding their needs, preferences etc.

FNE: If you think of a good success you had in 2016, what's the percentage of income you got from each window (theatrical, VoD, Home Video, TV)?

Ivo Andrle: It might be too early to have final numbers on 2016 titles, as VOD is just starting on such films, so it will probably change, but here is one example showing that theatrical release is in the centre of our activities - 72 : 3 : 3 : 22. The proportions change, of course, with different films, but only in very few cases the theatrical revenues wouldn't be the largest source of income.

FNE: What's your marketing campaign you are more proud of? How did you develop the campaign on different windows?

Ivo Andrle: From the most recent time, I would point out the release of Jim Jarmusch's Paterson. As we had bought rights for seven early films of Jim Jarmusch (including the most legendary ones), we decided to refresh and strengthen his cult, which was the strongest in the 90s. We built a long cross-promotion campaign using all these films and distribution channels.

The event that we called Jim Jarmusch Season culminated with releasing his latest film, Paterson. The event was promoted as a whole with one central webpage and printed materials, building and activating community of Jim Jarmusch's fans and reminding them of his new coming film through all available channels.

The campaign started with the release of a DVD box set with seven older films for the Christmas market at the end of November 2016. As Christmas counterprogramming, we organised Jarmusch showcases of the seven films including exclusive sneak previews of Paterson in five well-selected art house cinemas around the country throughout December 2016.

The year 2017 started with the release of Paterson, followed by day-and-date release of the older films just one week later, which was the real start of Jim Jarmusch season incorporating cinemas, DVD, VOD and also TV broadcast later in spring. It lasted almost four months and all releases cross-promoted each other.

Ivo Andrle: I see happy shining faces of skilled people in a comfortable office figuring out how to introduce and share their passion towards audiovisual works with other people out there. New technologies, new forms, new media, new administration obstacles, new directors, new producers, new taxes, new fundings. And the heart still in the middle of that.

Ivo Andrle: Relax. Don't follow the leaders, don't copy blindly what others do, find your own way that suits your own personal preferences. Enjoy yourself and be aware: it's show bussiness!