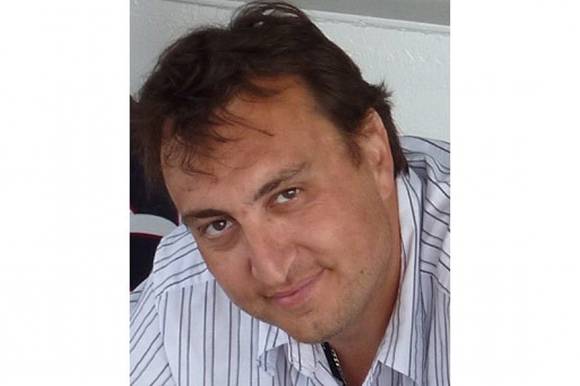 This month we speak with Emil Simeonov, the head of PRO FILMS (Bulgaria).

Founded in 2005 by Emil Simeonov and Vladimir Petrov, PRO FILMS is now the leading distributor of independent animated features in Bulgaria, usually releasing 5-6 high quality films per year. The company was the main co-producer of two of the most commercially successful films in Bulgaria, Rapid Response Corp 1&2. Since the end of 2016 PRO FILMS also owns the three-halls PALACE CINEMA in Veliko Tarnovo.

Emil Simeonov: Actually, in the last four to five years our lineup is very easy to describe – high quality animated features. We have a lineup of more than 20 big budget animated features coming, some of them to be released in Q2-Q3 2020.

Soon we will release Fantastic Journey to Oz by Vladimir Toropchin (on 28 July 2017), Gnome Alone by Peter Lepeniotis (on 27 October 2017), Manou the Swift by Andrea Block and Christian Haas (end of November 2017), and next year Luis and the Aliens by Wolfgang Lauenstein and Christoph Lauenstein (January 2018), The Stolen Princess by Oleg Malamuzh (March 2018), Marnie’s World by Christoph Lauenstein and Wolfgang Lauenstein and also Ploey: You Never Fly Alone by Árni Ásgeirsson, Charming by Ross Venokur, Leo da Vinci: Mission Mona Lisa by Sergio Manfio and many, many more.

Emil Simeonov: Well, I believe that every successful release is an example of good and fruitful collaboration between a distributor and the cinemas. One cannot survive without the other and viceversa. We have our own three-hall cinema in a not very big, but very beautiful and vivid town in the country.

As a distributor we try not to treat our cinema in any different way that the others. Once we start doing that, it will be devastating for our distribution branch. We believe that distributors must cooperate with all the cinemas in the same way. We cannot neglect one cinema in favor of another. Most of all, it will mean that we neglect the audience of one cinema or one town in favor of another. We simply cannot do that. The audience will never forgive us!

Emil Simeonov: That’s a tricky question. Mainly because the answer is so simple, that it is hard to believe. In a small country like ours there is no VoD, no DVD, almost no TV windows and revenues. So, we have to be very careful and very creative, because we have only one shot – the theatrical release. We have to recoup and make some profit entirely on theatrical release.

As mentioned above, there is literally no DVD market here, nor VoD. The piracy is unimaginably high in Bulgaria! Believe it or not, you can easily download every film in less than 10 minutes in HD quality with Bulgarian subtitles. And having in mind that we have only two commercial TV channels in Bulgaria that are flooded with content from the Hollywood studios, their executives are not very keen to buy any kind of independent films. So, we rely on theatrical at 100%.

FNE: What’s your marketing campaign you are more proud of? How did you develop the campaign on different windows?

Emil Simeonov: We are proud of all our campaigns. That’s because we always try to think out of the box and try to make something different most of the time. By reducing the number of releases to only five or six per year a few years ago, our team actually has time for creativity.

Anyway, if I have to point out a single campaign in the last year it will be Sheep and Wolves by Maxim Volkov! It was massive, we had four of the top 20 most popular singers and actors involved and we covered every channel I know, even a few communication channels I'd heard of for the first time.

Emil Simeonov: The sky is the limit! We will continue to do our job in the best possible way, we’ll continue to learn from our mistakes and from the others’ mistakes as well, and we will hope for the best! I hope we’ll still be the best indie distributors in our country.

Emil Simeonov: It is not mandatory to be mad to fit this job, but it definitely helps. So think twice before you start, because it is not the easiest job in the world.