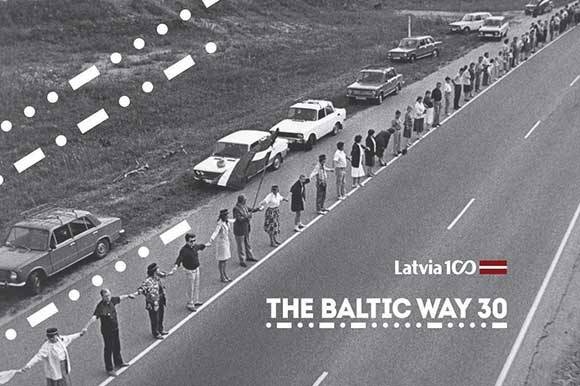 RIGA: The 3rd edition of Baltic Film Days will be held in Tallinn (Kino Artis) and Vilnius (Forum Cinemas Vingis) on 21-22 August, and in Riga (Splendid Palace) on 22-23 August 2019. This year, Baltic Film Days will honour the 30th anniversary of the Baltic Way. The events will be accompanied by meetings with filmmakers and debates.

All screenings are free.

On 23 August 1989, approximately two millions of inhabitants of Latvia, Lithuania and Estonia joined hands and connected the capitals of the Baltic States to commemorate the Molotov–Ribbentrop pact signed by Germany and the USSR on 23 August 1939. It was a powerful gesture designed to strengthen each other in the fight for a common goal – to regain the independence of the Baltic States. In 2009, UNESCO included the Baltic Way in its Memory of the World Register.

Baltic Film Days are organised by the National Film Centre of Latvia with the support of the Riga City Council, the Ministry of Culture of the Republic of Latvia, the Lithuanian Film Centre and the Estonian Film Institute.