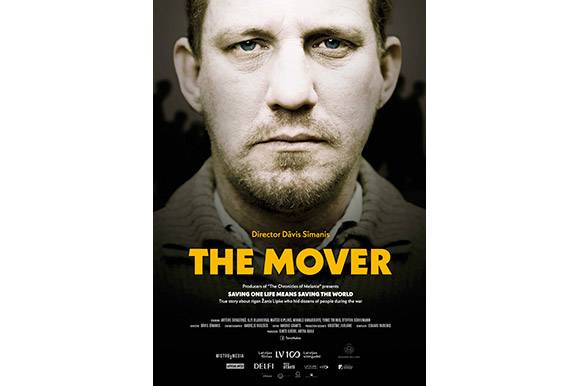 The film will be first screened on 3 December 2019 at the Film Independent Screening Room in Los Angeles in the presence of Dāvis Sīmanis and the Honourary Consul of the Republic of Latvia in California, Juris Buņkis. The second screening will be at Dirk Clark Screening Room in Santa Monica on 8 December 2019.

The Mover is based on Latvian Žanis Lipke, who saved more than 50 Jews from death during the German occupation in Latvia in early 1940s.

The film’s director Dāvis Sīmanis comments: “The story of Žanis Lipke is not that simple and typical in the context of the Holocaust on screen. His personality brought together many different or even contradicting qualities and experiences, like true empathy, gambling, being a constant underdog, and many others. What is remarkable is that he managed to rescue Jewish people despite the lack of tools unlike other famous Jewish rescuers – Schindler or Wallenberg, who either owned factories or had diplomatic channels. The mystery of Žanis Lipke's personality was the strongest source of inspiration for me in doing this film.”

The Mover was produced by Gints Grūbe through Latvia’s Mistrus Media. It was supported by the National Film Centre of Latvia.

The Academy Awards nominations will be announced on 13 January 2020 and the ceremony will be held on 9 February 2020.