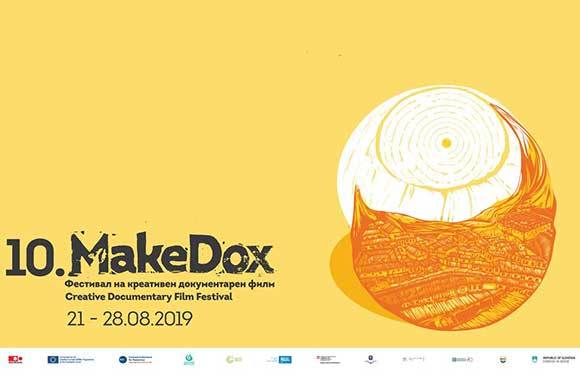 SKOPJE: A total of 70 films from all over the world will be screened at the 10th Festival for Creative Documentary Film MakeDox, which kicks off in Skopje on 21 August 2019. Coproduction is the main theme of the edition, so the festival is introducing the first MakeCoProDox Forum from 25 to 27 August 2019.

The Macedonian premiere of Honeyland / Medena zemja directed by Ljubo Stefanov and Tamara Kotevska will close the festival on 28 August 2019. Among the national premieres off competition are Twilight / Tetovo by Biljana Garvanlieva and Manuel Zimmer, Manaki — A Story in Pictures by Robert Jankulovski and The Way of Clave by Lidija Mojsovska.

The first edition of MakeCoProDox Forum will be attended by representatives of film funds and agencies from the region and Scandinavia, as well as 20 projects from authors from Western Balkans. The Forum is supported by Media Desk MK and the North Macedonia Film Agency.

The open-air festival held in KurshumliAn will also hold a masterclass with Victor Kossakovsky, a workshop with Jana Cisar, as well as photo exhibitions, doc-talks under a fig tree and music under the night sky.

MakeDox is co-funded by the North Macedonia Film Agency and Creative Europe MEDIA with support from the National Endowment for Democracy, the City of Skopje and many national institutions as well as embassies and institutes.

I Had a Dream / Avevo un sogno (Italy, France)
Directed by Claudia Tosi