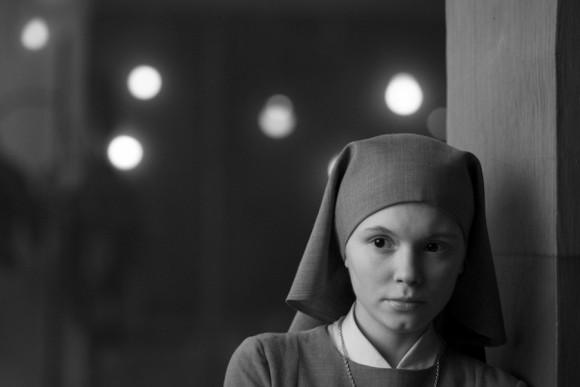 The Polish film industry had a great year with an Oscar for Paweł Pawlikowski’s Ida and strong film production supported by the Polish Film Institute (PISF), which celebrated its tenth anniversary. Poland signed new coproduction agreements but was still waiting for a tax incentive scheme, which is a priority for the new Director of PISF, Magdalena Sroka appointed in August 2015. Domestic romantic comedy Letters to Santa 2 topped the admissions top ten in 2015.

Poland produced over 45 feature films in 2015. Up to 40-50 films are produced annually with an average budget of approximately 930,000 – 1.1 m EUR / 4 - 4.5m PLN. The Polish Film Institute is the largest source of funding with additional funds coming from television, a well-developed network of regional film funds as well as private sources. The most frequent coproduction partners for Poland are Germany, France and the Czech Republic.

The list of feature films shot in Poland in 2015 is topped by Afterimages, a new biopic from Andrzej Wajda starring Bogusław Linda and centered on the life of the avant-garde artist Władysław Strzemiński. Akson Studio is producing with the support of PISF and logistic support of Lodz Film Commission. The premiere is planned for March 2016.

In 2015 Maciej Pieprzyca, the director of box office hit Life Feels Good (Tramway), started the production of a psychological thriller, I Am a Murderer / Jestem mordercą, producedby RE Studio in coproductionwith the National Audiovisual Institute, Telewizja Polska, Agora S.A. and Monternia.pl. PISF is supporting. Next Film will release it domestically in 2016.

In November 2015 Jan P Matuszewski was in postproduction with his feature debut, Last Family, a biopic about Zdzisław Beksiński. Andrzej Seweryn and Dawid Ogrodnik are starring. The script spans over 28 years of the lives of Zdzisław Beksiński and his son Tomasz, a highly praised Polish music journalist and translator. Aurum Film is producing in coproduction with HBO Polska and Lightcraft. PISF and Mazovia Film Fund are supporting.

A French/Polish/Belgian coproduction Agnus Dei (working title) was shot in Poland at the beginning of 2015 with Lou de Lâage, Agata Kulesza and Agata Buzek in the lead roles. Eric and Nicolas Altmayer are producing through Mandarin Cinema together with Philippe Carcassone, in coproduction with Eliza Oczkowska and Klaudia Śmieja through Aeroplan Film, as well as Mars Films, France 2 Cinema and Scope Picture (Belgium).

A US crime drama True Crimes by Alexandros Avranas, starring Jim Carrey and Christoph Waltz, was shot in Poland in November - December 2015. The film is produced by RatPac Entertainment and InterTitle Films with Opus Film as the Polish coproducer.

The most praised documentaries of 2015 are: Call Me Marianna by Karolina Bielawska, produced by Kalejdoskop Film Studio in coproduction with TVP, and Something Better To Come by Hanna Polak, produced by Hanna Polak Films and Denmark’s Danish Documentary, which is Oscar-shortlisted after winning the Special Jury Award at IDFA.

In 2015 Pawel Pawlikowski’s Ida wrapped a success story which started in 2013. The Danish/Polish coproduction from Phoneix Fillm and Opus Film in association with Portobello Pictures (UK) and Canal+ Cyfrowy , received a Golden Globe nomination for Best Foreign Language Film, an EFA nod, the Best Foreign Film BAFTA award and finally the Best Foreign Film Academy Award – Oscar 2015. It was also a box office hit in France (over 500,000 admissions), UK (over 400,000 admissions) and USA (over 500,000 admissions). The film was distributed in over 40 countries worldwide in 2013-2015, including 15 territories after the Oscars.

The list of acclaimed Polish titles in 2015 includes Małgorzata Szumowska’s Body/Ciało the winner of the Silver Bear for Best Director in Berlin and Golden Lion for Best Film in Gdynia, European Film Award nominee for Best Director and Best Editor. It was produced by Nowhere in coproduction with D35 Marcin Kryjom, Mazovia Film Fund and Kino Świat. Body/Ciało was released domestically by Kino Świat on 6 March 2015 and was also distributed successfully in German and Italian cinemas.

Jerzy Skolimowski’s 11 Minutes was selected as the Polish candidate for the 88th Academy Awards 2016 in the Best Foreign Language Film category. This Polish/Irish drama received a Special Mention in Venice’s Main Competition. The film was produced by Skopia Film in coproduction with Element Pictures, HBO, Orange, Telewizja Polska – Agencja Produkcji Telewizyjnej i Filmowej and Tumult Foundation.

Magnus von Horn’s Swedish/Polish coproduction The Here After premiered in Cannes and was awarded Best Director and Best Screenplay at Gdynia Film Festival. The film was produced by Poland’s Lava Films and Sweden’s Zentropa International in coproduction with France’s Cinema Defacto, Sweden’s Film I Väst and Poland’s Opus Film. Gutek Film released it domestically on 9 October 2015. TrustNordisk is handling the sales.

Marcin Koszałka’s thriller Red Spider, winner of the French Film Critics Association Award at the Arras International Film Festival, was produced by MD4 in coproduction with the Krakow Festival Office. Kino Świat released it in Polish cinemas on 20 November 2015.

Demon, the last film by Marcin Wrona, who died tragically during the 40th Gdynia Film Festival, was one of the most promising Polish titles in 2015. The film premiered internationally in Toronto. It was produced by Magnet Man Film Ltd. in coproduction with Telewizja Polska, Chimney Poland, Krakowskie Biuro Festiwalowe, Israel's Transfax FilmProductions, IF Silesia Film, Lava Films and Wajda Studio. ICM have already sold the film in Northern America.

Agnieszka Smoczyńska’s debut feature The Lure, a daring musical and horror film, was selected for the International Competition of Sundance Film Festival 2016. The film was awarded Best Debut at the Gdynia Film Festival. It was produced by WFDiF in coproduction with Platige Image and  Telewizja Polska – Agencja Produkcji Telewizyjnej i Filmowej. The Lure will be released domestically by Kino Świat on 25 December 2015.

By December of 2015 the number of titles distributed in Poland surpassed 230, with a Polish title, Maciej Dejczar’s Letters to Santa 2, topping the chart. The leading distributors of mainstream cinema on the Polish market are Kino Świat, SPI International Polska and Monolith Films. The art house market is dominated by Gutek Film and Against Gravity.

The Polish film industry is constantly transforming due to the growth of Internet-based services and mobile technology with a growing VOD market. Popular Polish VOD portals include Ipla, Player (previously TVN Player) and Vod TVP, where the users can watch programmes from public broadcasters. In 2015 Italian VOD service Chilli became available in Poland and Vectra, the Polish cable provider, launched its own VOD platform. Netflix announced that it will enter Poland in 2016.

Additionally, there are more than 600 one-screen cinemas. The average price of a cinema ticket is 4.5-5 EUR / 18-20 PLN. Poland is heavily engaged in the digitalisation of its cinemas under the Polish Digital Cinemas Network, a special programme of PISF supported by the The National Film Archive. Since 2011, a total of 130 cinemas have been digitalised. All of the multiplexes are digital. Poland has 1,000 digital screens all over the country.

It was a strong year for Polish films which had 6,856,837 admissions until 1 December 2015. The chart was topped by Maciej Dejczar’s romantic comedy Letters to Santa 2 (produced by TVN, distributed by Kino Świat) with over 2. 5 m admissions since its opening on 13 November 2015.

Poland still awaits the tax incentives law, but the Polish industry is active on the international market and has special production agreements with several countries including a co-operation contract signed with New Zealand in 2015 and the Polish-German Film Fund signed also in 2015 in order to facilitate coproduction between the two countries.

In 2015 the Polish Film Institute celebrated its 10th anniversary. In just ten years PISF has managed to establish the foundation for an industry which is both commercially successful at home and respected abroad. PISF was created in 2005 as a result of the Cinematography Bill, and it was modeled after other European film institutions.

A total of 70% of the Institute’s yearly budget is destined for film production with the remaining amount going for scriptwriting, development, international promotion and modernization of cinemas. In 2015 PISF took a priority approach to family and young audience films by allocating separate funds for projects of this genre. The newly appointed Director of PISF, Magdalena Sroka, who replaced the two-term Director Agnieszka Odorowicz in August 2015, revealed that the institute would soon introduce a new competition for children and young audience film scripts.

The Polish Filmmakers Association (SFP) has over 1,700 members. The SFP is involved in the organization of film events including festivals and major markets. Munk Studio, which operates within the structure of the SFP, produces short films and debut features made by young filmmakers. Polish producers are members of the Polish Audiovisual Producers Chamber of Commerce (KIPA) established in November 2000 in order to protect “the economic and legal interests of the Polish audiovisual sector.”

The Polish market has also a very active network of film commissions located in the Lower Silesia, Małopolska, Mazovia, Silesia and Wielkopolska regions and the cities of Łódź and Poznań.

Film Commission Poland was created in order to centralize all these activities as the first source of information when it comes to organizing production in Poland. In 2015 Film Commission Poland launched an interactive portal with an online catalogue of locations and Polish film professionals available at http://filmcommissionpoland.pl.

Public and private broadcasters are an integral part of the Polish film industry as producers and commissioners of locally produced content. The leading stations in Poland are public TVP holdings with flagship channel TVP1 holding 12.17% of the market share in the second quarter of 2015 (source: National Broadcasting Chamber), followed by Polsat with 11.90% of the market and TVN 10.64%. TVP continues to be biggest source of funds for filmmakers, supporting full feature, shorts, documentaries and animations with 20 m PLN in 2015. The biggest coproductions with TVP’s enagement in 2015 include 11 Minutes directed by Jerzy Skolimowski, Brothers (Staron Film) by Wojciech Staroń, a Ukrainian/Polish/Russian coproduction Under Electric Clouds by Aleksiej German Jr and coproduced in Poland by Apple Films and Zaćma (Erbe Film) by Ryszard Bugajski. Polsat is a leading commissioner of original content, but seldom coproduces feature films. In 2015 TVN independently produced the Polish box office hit Letters To Santa 2 directed by Maciej Dejczar that had over 2.5 m admissions till 14 December 2015. One of the key players in Polish film production is HBO Polska, a station that is focuses on supporting original cinema and programming. In 2015 HBO Polska was the coproducer of Zdzisław Beksiński biopic Last Family, directed by Jan P Matuszyński and produced by Aurum Film; Chemo by Bartosz Prokopowicz produced by Filmokracja and Oscar short-listed documentary Something Better To Come by Hanna Polak.

Silesia Film Commission
40-008 Katowice, Górnicza 5, Poland
Phone: +48 698 353 147
This email address is being protected from spambots. You need JavaScript enabled to view it.

Regional Film Fund Poznań
Phone: +48 61 852 88 33
This email address is being protected from spambots. You need JavaScript enabled to view it.