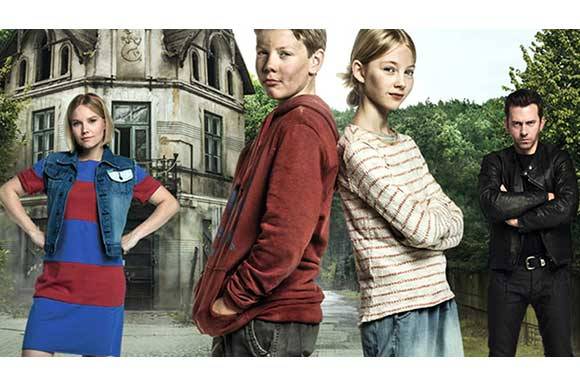 WARSAW: Triple Trouble / Tarapaty 2, a sequel to the Polish hit live action children film Double Trouble / Tarapaty, wrapped shooting in the last week of November 2019 and is currently in postproduction. The film is directed again by Marta Karwowska.

Triple Trouble is another chapter of the adventures of Julka and Olek. When Monet's painting Beach in Pourville disappears from the National Museum in Poznań, the children face the task to find it, discover the identity of the thief and save an innocent painter accused of the theft.
"The shoot for Double Trouble was a much more flexible process than working on the first part. Thanks to the fact that the shoot spanned over three months, the story became denser, the characters more expressive and I had more time to work with the actors, which is very helpful and gives good results especially when working with young amateurs," director Marta Karwowska told FNE.

The film is produced by Agnieszka Dziedzic through Koi Studio with a budget of 1,075,300 EUR. The film received funding from the Polish Film Institute and the Mazovia Film Fund.

The cast includes the stars of the previous film, such as Jakub Janota-Bzowski playing Olek and Joanna Szczepkowska playing professor Strzałkowska, Julka’s aunt. Pola King is Julka, while Felka will be played by Mia Goti.

The premiere is planned for September 2020.

In 2017 Double Trouble / Tarapaty, directed by Marta Karwowska and produced by Koi Studio, became the most popular blockbuster for children produced in Poland after 1989, with 320,000 admissions.  It was later released on DVD release and it has been sold to all major TV stations in Poland and also to Netflix.

Producer:
Koi Studio (Poland)
This email address is being protected from spambots. You need JavaScript enabled to view it.