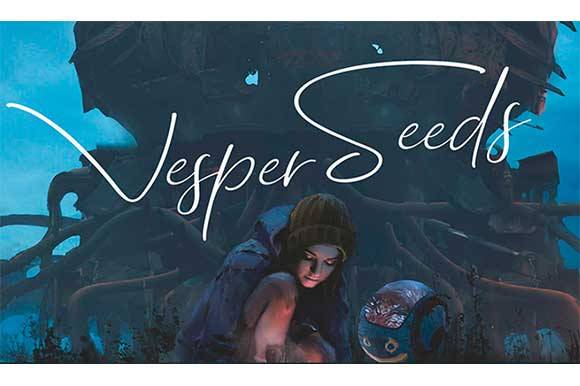 COTTBUS: Rising Lithuanian director Kristina Buozyte teams up with French Bruno Samper as writers/directors of an English language sci-fi/coming-of-age film Vesper Seeds, with plans to shoot the 2 m EUR film in late autumn of 2020. The film was pitched at connecting cottbus (6 – 8 November 2019), where it received a special mention for the Avanpost Pitch Packaging Award.

Vesper Seeds is set in the dystopian future, after the ecological collapse of the world. Vesper, a 13-year-old girl with tomboy characteristics, scavenges for roots and maggots for herself and her bed-ridden father to eat. She’s also a bio-hacker with her own DIY bio-lab. On one of her foraging missions she meets a woman with a secret: she is an artificial human, whose companion, her creator, was killed in a plane crash. Vesper discovers that inside the woman’s DNA there are encrypted patents for every kind of seed. In a final showdown with enemy forces, the woman and Vesper’s father are forced to sacrifice themselves, leaving Vesper to survive possessing the seeds as well as her ability to take control of her own fate.

Buozyte described the film as “a harsh, dark fairy-tale”, which will combine a variety of visual techniques.

The film has a budget of 2.25 m EUR with 60,000 EUR in public and private financing, and it received development support from the Lithuanian Film Centre. It is produced by Asta Liukaityte, Daiva Jovaisiene and Kristina Buozyte for Natrix Natrix. The producers are seeking coproducers with experience in VFX projects. The film will have an international English-speaking cast. It will employ animatronics 3D mapping with CGI. Buozyte 2018 interactive VR project Trail of Angels was also produced by Natrix Natrix.

The writers/directors have a second draft and expect to complete the third draft by the end of November 2019. They plan to shoot in the Lithuanian countryside in late autumn of 2020. The project won the NAFF Award at Sitges Pitchbox, with an invitation to present the film at South Korea’s Bucheon IFF in 2020.