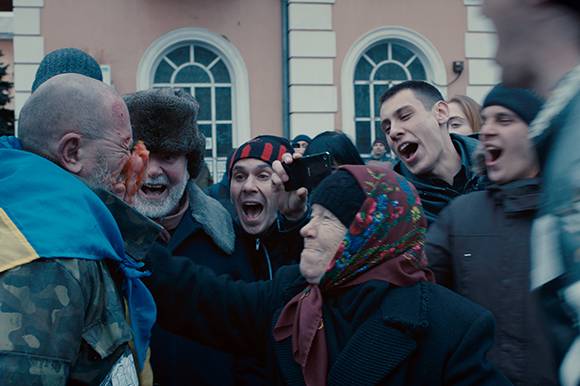 BUCHAREST: The new feature film Donbass by Sergei Loznitsa, which will open Cannes’s Un Certain Regard on 9 May 2018, is currently in postproduction. The film is a German/ French/Ukrainian/Dutch/Romanian coproduction. Most of the postproduction takes place in Bucharest at Digital Cube.

The story written by Loznitsa portrays life in one of the most troubled regions in contemporary Europe, the Donbass in Eastern Ukraine. A land is falling apart and a world is collapsing. The film was shot entirely in the town of Krivoy Rog. The shooting started on 13 February and wrapped on 29 March 2018.

Moldavian DoP Oleg Mutu, who lensed Cristian Mungiu’s 4 Months, 3 Weeks and 2 Days and Beyond the Hills (Mobra Films) and also Tomasz Wasilewski’s United States of Love, is lensing. This is the third collaboration between Mutu and Loznitsa after In the Fog and A Gentle Creature.

Heino Deckert is producing through Germany’s Ma.ja.de. Fiction in coproduction with Denys Ivanov through Ukraine’s Arthouse Traffic, Marianne Dumoulin and Jacques Bidou through France’s JBA Production, Marc van Warmerdam through the Dutch Graniet Film, Peter Warnier through the Dutch Wild at Art, and Cristian Nicolescu through Romania’s Digital Cube. The Dutch company Atoms & Void is the associate producer. Eurimages and the CNC’s World Cinema Support are supporting the project. The budget is 2.5 m EUR.

Postproduction takes place mostly in Bucharest at Digital Cube and also in Vilnius, Halle and Amsterdam. Adriana Ionica and Sergiu Negulici are doing the visual effects. Cristian Nicolescu from Digital Cube told FNE that postproduction will continue after the Cannes Film Festival.

Pyramide is handling the sales.