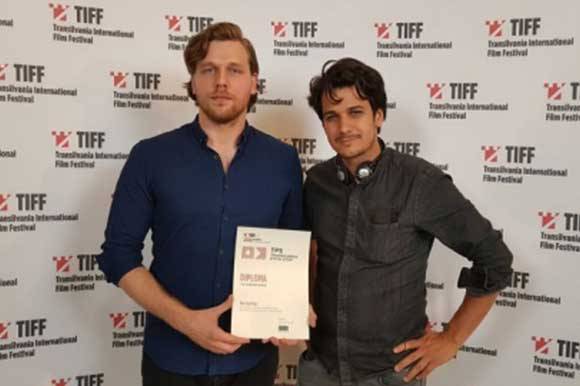 BUDAPEST: Nándor Lőrincz and Bálint Nagy’s debut feature The Last Bus will start shooting on 18 July 2019. The film is a Hungarian/Romanian coproduction and it won the Postproduction Services Award offered by Romania’s Chainsaw Europe Studio at the 2018 edition of Transilvania Pitch Stop, the coproduction platform of the 17th Transilvania IFF held in Cluj-Napoca, Romania.

The project is one of the five debut feature projects that were supported through the third Incubator Programme of the Hungarian National Film Fund.

Based on a real-life event, the film follows a sexual assault investigation seen through the eyes of the victim’s husband. Nándor Lőrincz and Bálint Nagy wrote the script.

The film is produced by Mónika Mécs and Ernő Mesterházi through Hungary’s M &M Film (Body and Soul by Ildikó Enyedi) and Ágnes Pataki and Gábor Kovács through PartnersFilm, in coproduction with Hungary’s St. Audio and Romania’s Chainsaw Europe.

The budget is 280,000 EUR, including local tax incentives, producer Ágnes Pataki told FNE. The previous project of PartnersFilm which was supported through the Incubator Programme is One Day by Zsófia Szilágyi, which premiered in Cannes 2018 and was later nominated for the European Film Awards..

Principal photography will take place in Budapest and will wrap in 26 days. The postproduction in Romania will cover the 25,000 EUR award received at Transilvania Pitch Stop, Viorel Chesaru, Executive Director of Chainsaw Europe Studio, told FNE.