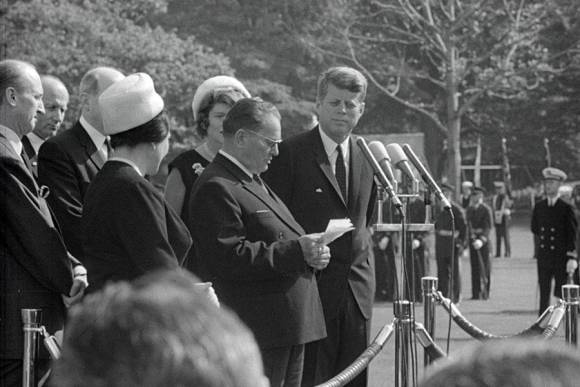 In 2016 Slovenia’s film production remained stable, but the audience’s interest in domestic films increased. There were no major changes in the distribution and exhibition sectors, and the number of completed domestic feature films generally remained the same.

In 2016 the Slovenian Film Centre awarded grants totaling around 4 m EUR. A new cash rebate scheme for foreign productions was introduced in 2016 and the first international projects arrived, but a new film law is still pending.

Slovenian producers are still keeping the same pace, producing around ten feature films and documentaries per year and continually focusing on participating in international productions as majority and minority coproducers, especially for films made together with ex-Yugoslavia countries.

The introduction of a 25% cash rebate scheme is expected to increase the interest of foreign productions in Slovenia but since it was introduced in Autumn of 2016, no project applied until the end of the year. In 2016 a few ex-Yugoslavian coproductions and Indian films were shot in Slovenia such as Our Family / Družinica, directed by Jan Cvitkovič and produced by Slovenia's Perfo in coproduction with Serbia's Pilon Media, and Slovenia, Australia and Tomorrow the World / Slovenija, Avstralija in jutri ves svet, directed by Marko Naberšnik and produced by Slovenia's Perfo in coproduction with Macedonia's KinoOko.

In 2016 approximately 180 films were distributed in Slovenian cinemas. Around 50% of these were US productions, 45% were European and from other countries, while domestic productions and coproductions represented approximately 5%.

Most of the Slovenian attendance is generated by multiplexes in Ljubljana, Maribor, Celje, Kranj, Koper and Murska Sobota, owned by two major multiplex chains: Kolosej Kinematografi and Cineplexx, while other cinema theatres try to balance commercial and art house films. In 2016 the cineplex in Maribor, previously operated by Kolosej kinematografi, became independent.

According to official statistics, there are 48 operating cinemas with 106 screens, most of them successfully digitalised in 2015.

Slovenian cinema admissions are usually around 2m per year.

According to unofficial statistics, Slovenian admissions in 2016 were approximately 2.15 m (compared to 2.09 m in 2015) and total box office was approximately 10.8 m EUR (compared to 10.3 m EUR in 2015). The absolute winner is the independent Slovenian comedy At Hostar / Pr’ Hostar by Luka Marčetić (produced by Kerlc Film in coproduction with Iridum Film) with approximately 180,000 admissions. The film also became the second most viewed domestic title after 1991, when Slovenia reclaimed its independence.

The domestic film with most admissions is still Going Our Way / Gremo mi po svoje (Miha Hočevar, Vertigo/Emotionfilm, 2010) with 205,439 admissions.

In 2016 Slovenian box office was up by approximately five percent thanks to the domestic hit At Hostar. This independent comedy, together with the rest of Slovenian films, generated around 10% of total admissions.

Planet Single, a Polish/Slovenian coproduction produced by Gigant Films, holds a special place in the Slovenian box office. Usually, Polish or any other Eastern European films are not released in commercial cinemas, but this romantic comedy was directed by Slovenian Mitja Okorn, known for his hit Letters to Santa (TVN, 2011).

The main film institution in Slovenia is the Slovenian Film Centre (SFC), a public agency established in 2011, when it replaced the Slovenian Film Fund. Its goal is to encourage creativity by providing suitable conditions for audiovisual activities.

The SFC supports national film production, postproduction, distribution and film festivals. In theory, its funding sources should be varied and come from the state budget, the agency’s own income, colaboration with international organisations, donations and sponsorships. In practice, the majority of its funding is in the form of a subsidy from the Ministry of Culture, with the amount depending on the annual budget of the country, which makes the agency highly dependent on the current political and economic situation.

Since its launch, SFC has been involved in the production of 80% of domestic films with an average funding support of over 50% per project.

A new film law is still pending, however in September 2016 the new 25% cash rebate scheme for foreign production was introduced and some changes to the legislation governing the funding of the SFC were made.

Other sources of support originate from coproductions, services backed by the state and provided by FS Viba film studio in form of technical assistance, international film funds and institutions.

In the last few years, according to the Law on Slovenian Film Centre, the public broadcaster RTV Slovenia is obliged to invest in independent projects.

In 2016 leading commercial TV Pro plus with its five channels (POP TV, KANAL A, KINO, BRIO and OTO) kept its leading position, followed by the national television RTV Slovenija with its three channels and another commercial television, Planet TV.

No new TV series was produced in 2016. The fourth season of the TV series Ena žlahtna štorija, directed by Aleš Žemlja, Boris Petkovič and Jaka Šuligoj, which started on Planet TV in 2015, was also shot in 2016.

Report by Damijan Vinter (2017)
Sources: SFC, the Ministry of Culture