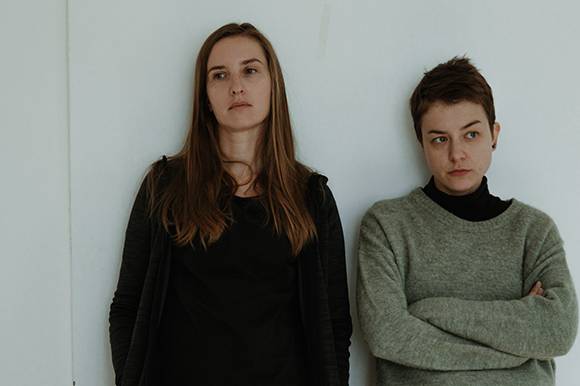 LJUBLJANA: Damjan Kozole began production on the Slovenian/Macedonian/Serbian/Croatian coproduction Half-Sister / Polsestra on 27 October 2018. The 32 days of filming are taking place in Ljubljana and the Slovenian fishing village of Izola, and will be completed on 14 December.

The main characters are two estranged half-sisters from Izola, who are forced to live together in a small apartment in Ljubljana. The main role is played by Urša Menart, who won two Vesna awards (best film, best screenplay) at the 21st Festival of Slovenian Film for the first feature film she directed, My Last Year as a Loser (2018, Vertigo).

“It is a critical but simultaneously an understanding outlook on life, characterised by family patterns, uncertain feelings, chauvinism, feelings of existential loss, lack of adherence and, last but not least, feelings of guilt because of actions that we have not committed ourselves. I see Half-Sister as a film of emotional tensions on the one hand, while on the other hand it is full of dramatic spontaneity and moments of human folly, humour and fortune. We live in dangerous times, in which lunatics and psychopaths prosper – and therefore all that we have left is compassion. And humour,” Kozole said in a statement.

The film is produced by Danijel Hočevar through Vertigo in coproduction with RTV Slovenia, Macedonian Sisters and Brother Mitevski, Serbian Baš Čelik and Croatian Propeler film. The project is supported by the Slovenian Film Center (with 20,000 EUR for development and 450,000 EUR for production), Film Center Serbia with 42,200 EUR, the Macedonian Film Agency with 97,560 EUR, the Croatian Audiovisual Centre with 10,000 EUR and Creative Europa MEDIA with 50,000 EUR, while Studio Viba Film provides additional technical support in the amount of 210,000 EUR. The total budget is estimated at 1.1 m EUR, producer Danijel Hočevar told FNE.

Half-Sister is expected to premiere in 2019.

Damjan Kozole, one of the most famous Slovenian directors, was born in Brežice in 1964. His fifth feature film Spare Parts (2003, Emotion/Vertigo) premiered in competition at the Berlin International Film Festival and won many international awards, including the Jury award at the Sarajevo Film Festival and the Vesna award for Best Film at the Festival of Slovenian Film. The film Slovenian Girl (2009, Vertigo) has been screened at more than 100 film festivals and is the first Slovenian film shown on Netflix. His last feature Nightlife (2016, Vertigo) has received the Crystal Globe for Best Direction at the Karlovy Vary IFF and the Vesna award for Best Direction. Kozole is a member of the European Film Academy and co-founder of the Emotionfilm/Vertigo production company.

Producer:
Vertigo (Slovenia)
This email address is being protected from spambots. You need JavaScript enabled to view it.