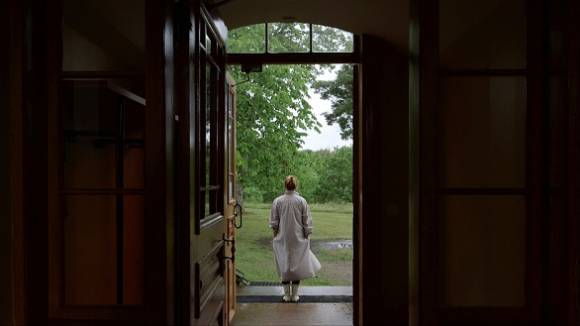 dok.incubator has announced the final selection of talented filmmakers whose projects will be supported in 2019. Participating film professionals – drawn from around the world, including Latin America, Europe, Africa and Canada – will have the opportunity to work intensely on their documentary films with the support of well-known producers, editors and sales agents.

dok.incubator is a well-established workshop for feature documentaries in the rough cut stage that is unique in its format and impact on filmmakers. Its aim each year is to offer individual mentorship for eight documentary projects with a focus on dramaturgy, distribution and marketing strategy and audience building in order to premiere at prestigious festivals and secure wide distribution.

The Camp (Hungary, France) by Judit Oláh is a documentary about reconstructing an identity-forming childhood experience, an extraordinary summer camp, which took place in the 1980s, the last years of the oppressing socialist system in Hungary.

A portrait of a woman that leaves her abusive husband after fifty years of marriage and tries to find happiness doing everything she has ever dreamt of – dancing, writing song and even falling in love again. That is Lessons of Love (Poland), directed by Małgorzata Goliszewska and Katarzyna Mateja.

In Själö: Island of Souls (Finland), the director Lotta Petronella, researches the past of the island and its previous residents, from mentally ill women locked in the asylum to scientists researching the nature of the island.

Roberto Salinas’ Cuban Dancer (Italy, Canada, Chile) describes a journey of a talented student who after leaving Havana, has to confront the education system in the elite and rarefied atmosphere of dance in the United States while trying to remain faithful to his roots.

Once upon a time, Congo Mirador (Venezuela, Great Britain, Brazil) directed by Anabel Rodriguez, tells the story of a small Venezuelan village built in the middle of Lake Maracaibo and its inhabitants that have to deal with the gradual disappearance of their home as the lake - Latin America’s largest oil fiel - is slowly turning into a swamp.

Documentary Home (Romania) by Radu Ciorniciuc follows the dramatic change in the life of Enache family which is forced to move from a wilderness of an abandoned communist reservoir to the city.

In her film As I Want (Denmark, France, Egypt, Palestine), the director Samaher Alqadi captures not only the birth of the Woman’s Rights Movement of Egypt, a response to waves of attacks against women, but also her innner-awakening that confronts the painful childhood traumas that shaped her.

The Earth is Blue as an Orange (Ukraine, Lithuania) by Iryna Tsilyk tells a story of a family living in the heart of the conflict in eastern Ukraine and facing down hardship with remarkable resilience.