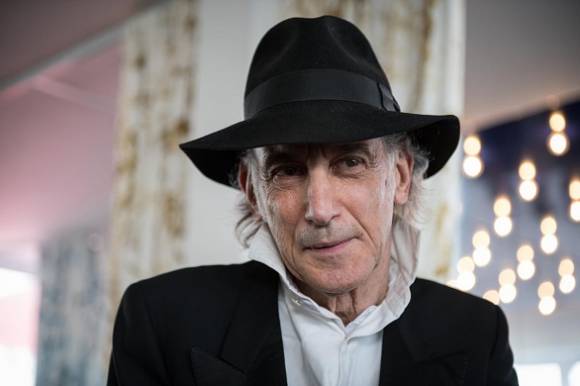 BITOLA: American cinematographer and director Edward Lachman is this year`s recipient of the Golden Camera 300 Lifetime Achievement Award of the Manaki Brothers Film Festival, which will be held September 14th to 21st 2019 in Bitola.

This was announced at the press-conference of the festival on Wednesday along with a video message from the first laureate of the 40th edition of the festival. Lachman expressed his gratitude for the reward which once again relates him directly with his Eastern European origin and said "In Eastern Europe I found art, in America, life".

The festival art director, Blagoja Kunovski – Dore, said that Lachman's name is at the very top not only of the American but also of the world film and it is a great pleasure that he accepted the invitation to come the festival.

"For decades Lachman has been at the forefront of American cinema and has been nominated for an Oscar several times. But now we are pleased to present him with our Oscar, the Golden Camera 300 forlifetime achievement, which he absolutely deserves. Having him as a new laureate of the Golden Camera 300, with the inspirational dimension of his tireless creative energy and with all his humane, altruistic nobleness in the character of Ed Lachman, the celebration of the 40th anniversary of the Manaki Brothers, gets the most appropriate enchantment of cinematographers` art " – Kunovski said.

The festival director, Gena Teodosievska, noted that the preparations for the jubilee edition are intense.

"And while all together we worked hard on this edition, we have also worked on our other collaborations – the festival received the IMAGO, the International Cinematographers’ Association award for extraordinary contribution to the promotion of film art; we presented five short Macedonian films at the festival for short film in Poznan, Poland along with five young directors;  at The Danish Film Institute last week we presented several Macedonian feature films from the younger generation of directors. This festival is forming partnerships with European and world festivals, which was our mission as well – not to be just a festival for screening films, but also a link between our filmmakers and European and world filmmakers" – Teodosievska said.

The President of the Macedonian Film Professionals’ Association, Igor Ivanov – Izi, also addressed the media, emphasizing that the Association remains committed to the Festival, which is the most important project of the Association. Ivanov informed that traditionally the Association will present the Big Star of Macedonian film award.

The director of the Cultural Center in Bitola, Maja Andonovska Ilievska also addressed the press conference and said that this year the Center as a main venue will dedicate particular attention to the Festival, given the jubilee edition and respond to the high criteria of the festival.

On behalf of the Municipality of Bitola, Evgenia Bektash Josifovska said that as every year, the Municipality will support the festival providing accommodation of the guests, printed materials, as well as other organizational matters.

Tweet
More in this category: « MIDPOINT Intensive SK: Otvorenie výzvy / Call for applications open EFP Elects New Board of Directors in Cannes »
back to top