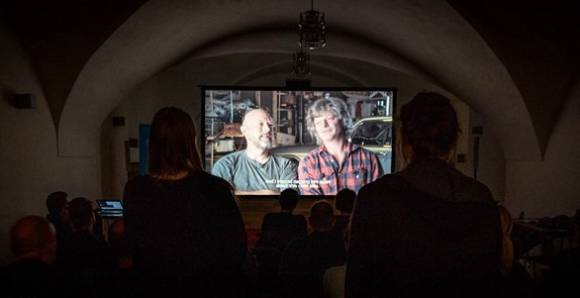 Prague, 18.3.2019 – Harry Vaughn, programmer of the Sundance Film Festival, comes to Telč, Czech Republic every year to meet talented filmmakers who participate in the international documentary filmmaking workshop dok.incubator. This unique programme connects film professionals with established European and American editors, producers and sales agents, and together they work on their documentary projects.

“dok.incubator has proven an invaluable resource for fresh talent and surprising, unconventional storytelling approaches. The hands-on approach from their tutors and mentors help cultivate some of the most exciting nonfiction stories out there,” says Harry Vaughn. Together with other selectors of famous film festivals, such as IDFA, Hot Docs, CPH:DOX and Visions du Réel, they look for projects that educate and inspire people.

“The workshop is one of my must-goes on the calendar as I always find some extraordinary films for IDFA here. It brings together a group of talented filmmakers with extraordinary projects and high end tutors with the goal to push each individual project to a higher level. For filmmakers, this is a unique chance to get the best out of their film,” says Joost Daamen, Senior Programmer from IDFA.

For eight years, the rough-cut workshop has been searching for young talents and providing filmmakers with intensive training not only in the field of editing, but also with sophisticated distribution, communication and marketing strategy under the guidance of established film experts who will meet in Telč from 23rd to 29th June. “We have a team of tutors from all over Europe and North America and we teach filmmakers how to master the creative process so that at the end, they have a powerful documentary,” says Andrea Prenghyová, the founder and director of dok.incubator programme.

Participating film projects – drawn from around the world, including Latin America, Europe, Africa and Canada – deal with important social and personal issues that will expand the horizons of the viewers to learning more about the world, such as living in the war zone, child abuse, present problems of social system, and many more. Besides eight international projects, dok.incubator supports also four regional projects, directed by Czech filmmakers.

Among the films that participated in the workshop over the past few years, one was shortlisted for the Oscars, one received an Emmy Award, five have been nominated for European Film Awards, and twenty have competed at the world's most prestigious documentary film festival IDFA. Nine films on which dok.incubator has been collaborating since 2012 screened in the main competition at Sundance.

Complete list of all the tutors and decision makers:

Last modified on 2019-06-19
Tweet
More in this category: « MIDPOINT Shorts 2019-2020 program open for applications Winter Flies, "Barbarians" and Putin's Witnesses at Toronto IFF »
back to top