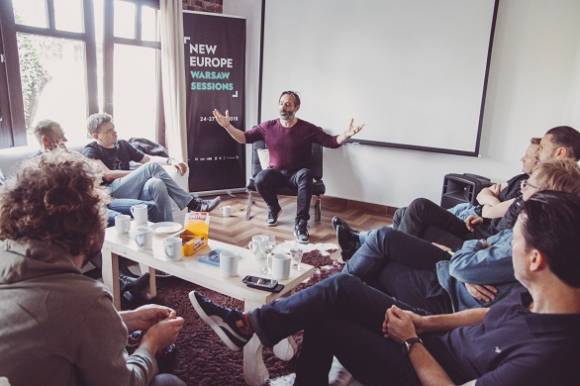 The participants are chosen with a focus on both directors working in English and filmmakers with success in the foreign-language space, who wish to make the step up in their careers, who meet experts that could guide them through this process. The meeting is not focused on specific projects but rather gives a platform for creative exchange of experiences and allows the filmmakers to make key contacts for the future.

This year’s edition will take place on 23-27 June.

This year the exclusive event will also do an open day in Warsaw, which includes a panel discussion on How to promote European Cinema? (with special focus on the film Border by Ali Abbasi). The guest speakers will be international experts Ayo Kepher-Maat (US distributor of the film Border), Michael Arnon (international PR of the film). The panel will be moderated by Mike Goodridge.

Tweet
More in this category: « EAVE Producers Workshop goes to Serbia Czech Films at KVIFF 2019 »
back to top