The 5th edition of Pustnik has started 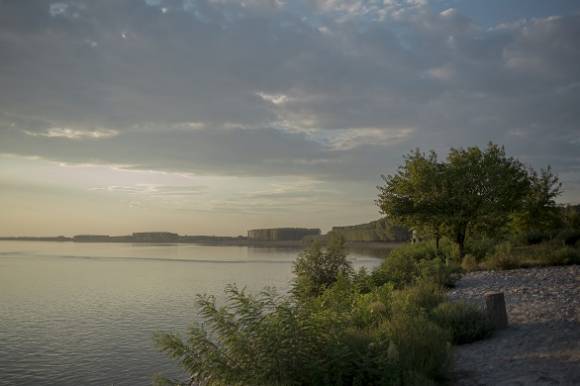 The 5th edition of Pustnik has started

The 5th edition of Pustnik -  the international screenwriters residency opened its gates on Monday, the 2nd of September at Portul Cultural Cetate and will be over on the 10th of September.

The 8 finalists coming from six different states around the world have gathered on the Romanian Danube shore, where they will work on their feature length scripts for the next 7 days, while also participating at workshops and masterclasses with the guests of this year’s edition. The finalists will also receive guidance from Laurence Coriat, screenwriter of „Wonderland” and „A summer in Genova” – both directed by Michael Winterbottom, Bianca Oana, the producer of „Touch me Not (Winner of the Golden Bear, Berlinale 2018) and Marie Dubas, co-producer of „God Exists, her name is Petrunija” (winner of the Jury Prize at Berlinale 2019).

Before arriving at Pustnik, Miss Marie Dubas will be present at a special screening of „God Exists, her name is Petrunija”, held at Cinema Elvira Popesco on Friday, the 6th of September from 8:30pm.  The screening is organised by Bad Unicorn in association with Pustnik. Tickets can be purchased at the following link.

The programme of this year’s edition of Pustnik will also include film screenings of our guests and residents’ productions and a roundtable on co-production oportunities in Romania with Romanian film producers Gabi Suciu (Atelier de Film) and Oana Giurgiu (Libra Film). Furthermore, the residents will have the chance to watch Soudade Kadaan’s movies – her debut feature film „The day I lost my shadow” (The Lion of the Future at Venice Film Festival, 2018) and the short film Aziza (Best Short Film, Sundance 2019). Soudade is a special guest of this year’s edition.

During the residency, Pustnik is also organising film workshops for children and teenagers of Dolj County, held by Anca Caramelea and Nicolae Constantin Tanase.

Pustnik is the first international screenwriters residency to take place in Romania. It aims to create an environment dedicated to clarity of thought, away from modern pressures. Pustnik is also a growing network of film professionals and a community whose aim is to ease and encourage collaboration across the international cinema industry.

Laura Musat  – This email address is being protected from spambots. You need JavaScript enabled to view it.

Pustnik is organized by TETA

TETA is an NGO founded in June 2006 and its main purpose is developing cultural activities and events to promote an alternative education for all participants enrolled in its projects and at the same time to offer a cultural revival to the communities in which the events take place. TETA is also producing films and theatre performances.

Tweet
More in this category: « ANIMARKT 2019 REVEALS THE CARDS Meet the Guests of Warsaw Kids Film Forum 2019! »
back to top