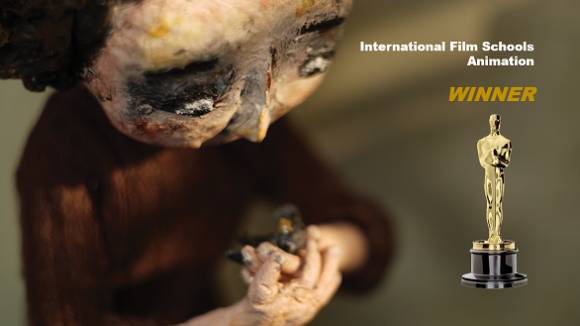 The Academy of Motion Picture Arts and Sciences has announced this year's winners of the Student Academy Awards. The student Oscar for the best animated film from international schools goes to Czech short Daughter. Daria Kashcheeva, a student of FAMU, will become the third ever Czech director to be awarded with the student Oscar, which she will receive on 17 October, 2019 in Los Angeles.

Fifteen minutes long Daughter succeeded in the animation category for international film schools and will be awarded the Student Oscar 2019. Daria Kashcheeva will become the third Czech director honored with this prize, after Jan Svěrák (Oil Gobblers, 1989) and Marie Dvořáková (Who’s Who in Mycology, 2017). Several Czech and Czechoslovak authors were nominated for the student Oscar in the past: Miloš Zábranský (Horečka všedního dne, 1982), Aurel Klimt (Bloodthirsty Hugo, 1997), Václav Švankmajer (Test, 2000) and Ondřej Hudeček (Peacock, 2016).

Daughter was produced by Zuzana Roháčová at Prague's FAMU (Film and TV School of the Academy of Performing Arts in Prague), in co-production with MAUR film, a Czech production company with many years of experience in the field of animation. The production of the film was supported by the Czech Film Fund as part of a package of three short animations called Three Voices, altogether with amount of 15 294 EUR.

Daughter is a story of a girl who finds a dead bird and wants to share her pain with her father, hoping to find solace in his embrace. The father is preoccupied with his own worries: he is cooking lunch and pays no attention to his daughter’s state of mind and desires. The girl takes her father’s behaviour for rejection, cocooning herself in her inner world filled with a yearning for her father‘s love. From then on she grows increasingly distant from him and as an adult she cannot deal with any display of emotions from him. The guilt-ridden father tries to find a way of getting through to his daughter and rebuilding their shattered relationship. Only in hospital, when her father is dying, does the daughter understand that he has always loved her, in a final embrace of mutual forgiveness...

Kashcheeva: Parents sometimes can’t express their love for their child