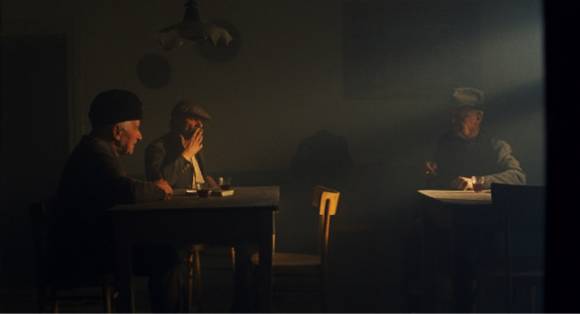 On Sunday, 22 September, the 22nd Festival of Slovenian Film closed with the awards ceremony to celebrate the highest creative achievements of Slovenian cinema. Over six days, the festival served an audience of 6,200, or more than 1,000 each day, which indicates its growing attendance. In addition to the extensive and very varied line-up of films (106 films, of which 57 were in the running for Vesna awards), FSF offered a range of industry events addressing a whole array of significant issues, as well as opportunities to meet the casts and crews of films in competition at Q&As, which all filmmakers in official competition were invited to attend. A special feature of this year’s festival was a live broadcast of the awards ceremony. Its hosts were actors who appeared in last year’s award-winning feature Consequences: Matej Zemljič, Timon Šturbej and Gašper Markun, who made the ceremony original and dynamic. Adding to the atmosphere was music from Slovenian films such as Mambo Cubano from the legendary Don’t Whisper, performed by Lea Cok. The Vesna Award for best feature film was presented by the Slovenian culture minister Zoran Poznič.

Two Vesnas for special achievements were awarded to Pumpkin on the Hot Roof of the World, directed by Nejc Saje and Jeffrey Young, and to Martin Turk for his achievements as director and screenwriter in Good Day’s Work.

The award presented by the educational programme Sharpening the Gaze, run by KINO! Society for Expanding Film Culture, to the best student film in the official competition went to Sandra Jovanovska for Soma. The programme also gave a special mention to Alzheimer Café.

The list of winners with jury commentaries is available here.