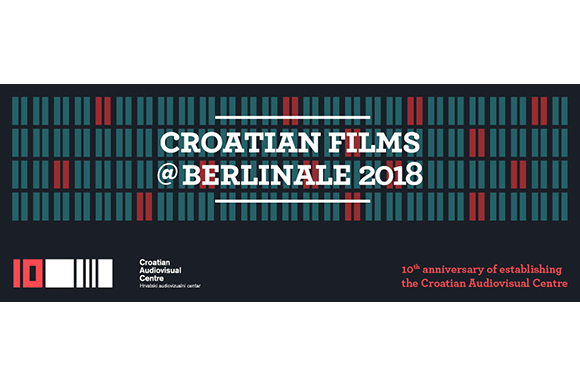 When the War Comes | Až přijde válka | U slučaju rata

In Slovakia, a paramilitary group is recruiting hundreds of teenage members with the silent approval of the authorities. The group’s goal is simple – to create a model totalitarian community based on isolation and fear.

Graphic designer Alan boasts a very successful career. The same can’t be said for his personal relationships, whether romantic, or the one with his father – hedonistic painter Bruno. Having tried in vain to win over his ex-girlfriend, Alan goes to the island of Vis. There, he finds himself torn between his eccentric father, another old flame, and her fiancé.

28-year-old Aleksi is stuck living with her parents. Desperate to escape the safe but boring bourgeois life her family has intended for her, she shirks her duties and satisfies her urges with various men.

Siniša Mesjak is an ambitious politician who gets involved in a scandal. In order to keep him away from the public eye, the government sends him to Trećić, an isolated Croatian island with no telephone or internet signal. Even worse, Siniša doesn't speak the dialect. There, he is put in charge of organizing the local elections – a task that seven commissioners before him failed to accomplish.

Hands in the Dust | Srbenka

PRODUCED BY Vanja Jambrović (Restart)
HR | 2018 | 70' | documentary
CONTACT This email address is being protected from spambots. You need JavaScript enabled to view it.

In the winter of 1991, twelve-year-old Serbian girl Aleksandra Zec was killed. Despite being known to the public, the perpetrators were never sentenced for the crime. A quarter of a century later, theatre director Oliver Frljić is making a play about the Zec case. The process brings to the surface hidden traumas, turning the rehearsals into collective psychotherapy.

PRODUCED BY Dominik Galić (MissArt)
HR | 2018 | 113' | drama, comedy
CONTACT This email address is being protected from spambots. You need JavaScript enabled to view it.

Two childhood friends face adulthood in different ways. Life is still a game for them – girls, football, parties. But the choices they make will determine the course of their lives and put their friendship to the test. In the Balkans, every generation has their own reasons to leave. This is a story about a generation caught in the transition from socialism to capitalism, marked by a brutal war.

Since the introduction of the Production Incentive Programme in 2012, in the form of a 20% cash rebate on qualifying expenditure, numerous projects have chosen Croatia as a location for their productions.

Star Wars, the greatest modern film mythology, set its casino city of Canto Bight in the old city of Dubrovnik, while the new iteration of Robin Hood used the city’s authentic medieval look to recreate the ancient walls of the Nottingham Castle. Natural beauties of the island of Vis served as a location for the film Mamma Mia! Here We Go Again, while numerous locations throughout Croatia hosted the new BBC One series McMafia.

All these and many more projects choose Croatia not only for the stunning locations and the rebate scheme, but also for its exceptional local crews and production companies with impressive records in domestic and international production.

For more information check out filmingincroatia.hr.

In 2018, the 10th anniversary of establishing the Croatian Audiovisual Centre, the Croatian film scene is as alive and as vibrant as ever. Films across all genres and lengths inject the Croatian cinematic bloodstream with a gush of new ideas, while international co-productions merge local and international talent to create stories that travel far beyond the national borders.

If you are interested in a specific title, want to know more about how to make a co-production with a Croatian company, or are just curious to find out about the Croatian film scene, meet us at the Martin Gropius Bau, 1st floor, stand no. 119.

New issues of our publications can also be collected at our booth, and are also available for download here:


contact: This email address is being protected from spambots. You need JavaScript enabled to view it.

When the War Comes competing at 68th Berlinale

The feature documentary film When the War Comes, a Czech-Croatian co-production, by Czech director Jan Gebert, has been selected into the official competition of one of the largest and most prestigious film festivals in the world – the Berlinale. The 68th edition will take place from February 15th to 25th, 2018, in Germany’s capital. Gebert’s film will screen in the Panorama programme, traditionally geared toward films with strong authorial vision. The Croatian co-producer is Hulahop (Zagreb). 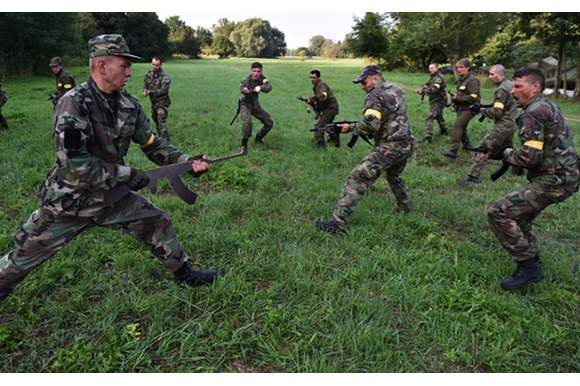 The film, which will have its world premiere in Berlin, is set in Slovakia and is about a paramilitary group which, with silent approval from authorities, recruits hundreds of teenagers. The goal is simple – to create a totalitarian community based on isolation and life in fear.

The Berlin International Film Festival attracts nearly half a million visitors each year. The Berlinale’s Panorama programme is geared toward new films by established directors, debut films and new discoveries, while the heart of the programme consists of films with strong authorial vision. Films in this category compete for eight prestigious awards, the most important being the Panorama Audience Award – where the winner is selected by more than 20 000 Berlinale visitors. When the War Comes is one of 47 films from 40 countries competing in the Panorama programme. Of those, 37 will have their world premieres and 16 of them are debuts.

Zrinko Ogresta’s feature film On the Other Side screened in the same programme in 2016, while last year, Antoneta Alamat Kusijanović’s film Into the Blue and the animated film Hedgehog’s Home by Eva Cvijanović had their world premieres in the Generation programme. All three films returned from the festival with Special Mentions.

More information is available at the Berlinale official website.