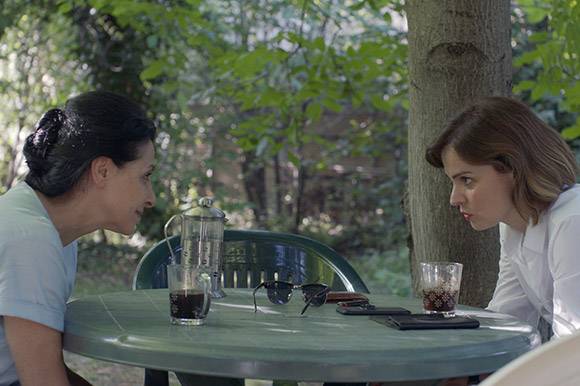 TBILISI: Tamar Shavgulidze’s feature film Comets (previously known as My House in Front of the Forest) will screen in the Georgian Panorama section of the Tbilisi IFF, which opens on 1 December 2019.

Comets tells the story of two middle-aged women. Time may pass, and their lives may take different paths, but souvenirs and feelings of warm summer evenings are forever.

The film was inspired by Galaktion Tabidze’s poem I still see it, your apartment at the edge of the forest, with the script written by Shavgulidze. The producer is Tekla Machavariani of Nushi Film in Tbilisi.

‘’I thought about the title for a long time. Then I remembered this poem, and I think it fits the atmosphere of the film perfectly. I believe that the difference between life and cinematography is that in films you can do what you want, as you want to as an author. You can make unconditional love convincing,’’ Shavgulidze told FNE.

Shooting took place in Tsavkisi, Georgia in 2017 and lasted only for seven days. The film premiered at the Toronto IFF in September 2019.

Producer:
Nushi Film (Georgia)
e-mail: This email address is being protected from spambots. You need JavaScript enabled to view it.