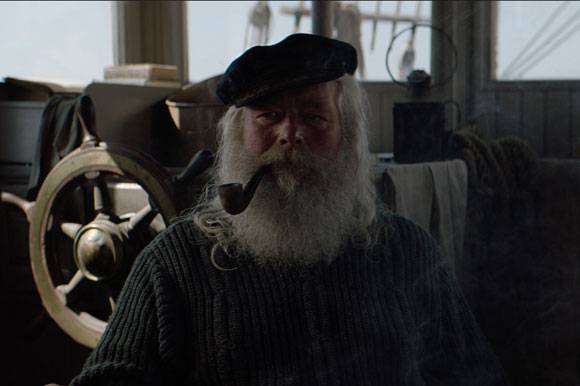 RIGA: Latvian director Matīss Kaža starts principal photography on his debut feature Where the Road Leads / Kur vedīs ceļš on 24 July 2019. The film is a contemporary take on the western genre set in the late 19th century. It will be the first western genre film in Latvian feature-length cinema.

According to Matīss Kaža Where the Road Leads could be labelled as an “eastern” or a “baltern”.

The film takes place in Latvia at the end of the 19th century and it is centred around the disappearance of a 16-year-old aristocratic girl shortly before her arranged marriage.

The main character is a young woman Eva (Žanete Zvīgule) who has been raised in the household of a Baltic German baron. Shortly before her wedding, she disappears. The baron’s henchmen, local law enforcement, and others all set out to search for her.

The director co-wrote the script together with Ilze Akmentiņa. The main roles will be played by a non-professional actress Žanete Zvīgule, upcoming Latvian actor Toms Veličko, as well as many renowned actors including Agnese Cīrule, Kaspars Znotiņš, Vilis Daudziņš, Egons Dombrovskis and Andris Keišs.

The film is produced by Matīss Kaža, Una Celma and Dace Siatkovska through Fenixfilm. The film is supported by the National Film Centre of Latvia with 600,000 EUR as well as IDM South Tyrol. The estimated budget is 1 m EUR, representatives of Fenixfilm told FNE.

The first period of principal photography started in Sweden and will continue in Latvia from 29 July 2019 (in Auce, Tukums, Mazsalaca among other locations). Shooting is expected to wrap on 27 August 2019.

The expected release is set for the end of 2020.

Matīss Kaža graduated from NYU Tisch School of the Arts in New York. His first long documentary One Ticket Please / Vienu biļeti, lūdzu (2017), a Latvian / US coproduction, was screened in several international film festivals and received the best debut film award at Tempo Documentary Festival in Stockholm. His second documentary The Wanderers / Klejotāji is set for release in late 2019 or early 2020.

Production Information:
Fenixfilm (Latvia)
This email address is being protected from spambots. You need JavaScript enabled to view it.