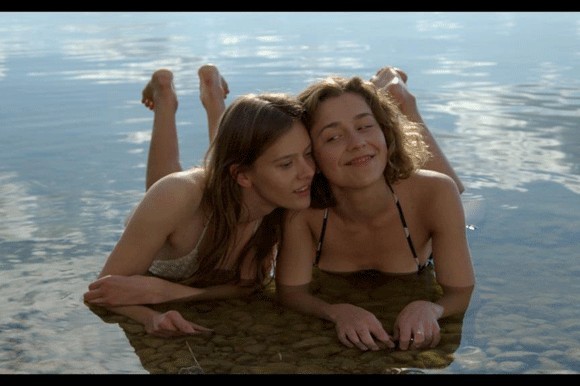 The Lithuanian film industry had a number of successes in 2015 with films selected for major festivals such as Cannes, Berlin and Sundance, and international productions flocking to the country after the launch of the tax incentives scheme in 2014.

The Summer of Sangaile directed by Alanté Kavaïté was selected for the Berlinale‘s Panorama 2015. The film has toured more than 50 festivals in 2015 A special programme Focus on Lithuania, with 30 features, was presented at T-Mobile New Horizons in Wrocław and a similar programme with 16 documentaries and 10 short films was screened at the 55th Krakow Film Festival. Baltic film institutions signed a mutual cooperation agreement in Cannes on 16 May 2015.

One of the most prominent Lithuanian film directors Sharunas Bartas finished his new feature film Peace to Us In Our Dreams / Ramybė mūsų sapnuose in 2015. This Lithuanian/French coproduction between Studio Kinema and KinoElektron had its world premiere at the Cannes Film Festival and won Best Director at the Batumi Film Festival and Best Cinematography at the Kinoshok festival (Russia).

One of the most productive Lithuanian film directors Algimants Puipa finished his new project The Garden of Eden / Edeno sodas in 2015. The film tells the story of a Swedish woman working at a nursing home in Lithuania and was produced by Studija 2 and the postproduction house UP Records.

Deadweight directed by Ignas Miškinis and produced by Tremora along with Latvia’s Film Angels Productions was also shot in 2015.

Tragicomical drama Miracle/Stebuklas by writer/director Eglė Vertelytė went into production in 2015. The companies behind the film are Lithuania’s In Script, Bulgaria’s Geopoly, and UK’s Wostok.

Habit and Armour, a Polish/Lithuanian documentary on the Teutonic Knights directed by Paweł Pitera and produced by Arkana Studio in coproduction with Artbox, LRT, FDR, The Malbork Castle Museum, MX35, Film Factory Studio and TVN, was filmed in the historical sites of Stirniai, Siesikai, Kernavė and Trakai in 2015.

International productions were attracted to shoot in Lithuania by the tax incentives scheme launched in 2014. A six-part television series based on Leo Tolstoy‘s novel War and Peace directed by British director Tom Harper, was filmed in Vilnius in 2015. The series was produced by BBC Cymru Wales Drama in partnership with The Weinstein Company and BBC Worldwide/Lookout Point. The local partner was Baltic Film Services.

Finnish film and TV series production company Fisher King Production shot the international crime series Bordertown / Sorjonen in Lithuania in 2015. The series was created by Finnish writer/director Miikko Oikkonen and Vilnius replaced the Finnish town of Lappeenranta, as well as the streets of St Petersburg.

Japanese television series The Tokyo Trials recreating the events and courtroom procedures during the Tokyo War Crimes Trial in 1946 was also partly shot in Vilnius in 2015.

Film distribution company Garsu Pasaulio Irasai (GPI) is the largest video distribution company in the Baltics, being the exclusive distributor of Sony Pictures HE in this region. GPI distributes well-known and talent driven commercial and art house feature films or Lithuanian dramas such as Algimantas Puipa‘s Garden of Eden.

The Summer of Sangaile directed by Alanté Kavaïté was selected for the Berlinale‘s Panorama 2015. The film has toured more than 50 festivals in 2015 and screened in Los Angeles, London, Paris, Berlin, San Francisco, Sydney, Zurich, Karlovy Vary, Edinburgh, Bogota. Domestically the film had 9,767 admissions and cashed in more than 39,975 EUR since its premiere on 21 August 2015.

In November 2015 the award-winning television broadcaster Eurochannel presented its first Lithuanian Month supported by the Lithuanian Film Centre. Eurochannel broadcast five feature films, three documentaries and six short films over 85 territories worldwide during the entire month. All the films were subtitled according to the territories in: English, French, Spanish, Portuguese, Serbian, Polish, Albanian, Estonian and Korean.

The 15th T-Mobile New Horizons Film Festival in Wrocław featured the most important Lithuanian films created between 1959 - 2015. The programme Focus on Lithuania included a record number of 30 features following the complex history and culture of the country during the Soviet period, the path to independence, and the decades of sovereignty. The 55th Krakow Film Festival screened 16 Lithuanian documentaries and 10 short films.

There are 95 screens in Lithuania, which is an insufficient number, according to the Lithuanian Film Centre, in order to provide access to films in smaller cities. Scandinavian-owned Forum Cinemas, the owner of the largest chain of movie theaters in the country, has six multiplexes with 40 screens, all fully digitalised.

The Polish-owned multiplex Multikino in Vilnius has seven screens with 1,673 seats. Baltic Multiplex Ventures, which runs the Cinamon multiplex in Kaunas, invested 1.6 m EUR / 5.5m LTL in its five screening rooms with more than 1,000 seats.

Inexperienced / Nepatyręs directed by Julius Paulikas and distributed by Incognito Films was the most profitable Lithuanian film at the national box office in 2015. Since its premiere on 2 January 2015 the film had admissions of more than 172,584 and more than 808,350 EUR gross. Seven Lithuanian feature films opened in cinemas in 2015 and eight in 2014.

The Lithuanian audiovisual industry depends on funds from the Lithuanian Film Centre, private funds, coproducing with foreign companies and pan-European film support initiatives, such as the MEDIA Programme and Eurimages.

The Lithuanian Film Centre primarily finances up to 50-75% of development or production, and up to 75% of low budget or experimental films. France is the leading coproduction partner country. Fifteen coproductions have been made with French partners so far and Šarūnas Bartas has been the most prominent personality binding the two countries.

The most important film institution in the country is the Lithuanian Film Centre, which was launched in 2012 and is headed by Rolandas Kvietkauskas. The long awaited LFC was set up after extensive lobbying by the Lithuanian Independent Producers Association and Filmmakers Union. It has had a huge impact on the local industry, which previously lacked a central body to represent it. The LFC primarily finances development and production.

The new Lithuanian tax incentives scheme became effective in January 2014. Since then both domestic films and coproductions involving a Lithuanian coproducer are able to claim up to 20% rebate on a minimum spend of 43,000 EUR. Minority coproductions are also encouraged to apply for the rebate which is guaranteed through the end of 2018.

Lietuvos rytas TV is an entertainment channel founded in 2008 and replacing the channel Penktas Kanalas (Channel 5). Lithuanian journalist Edmundas Jakilaitis was its first channel manager. In January 2013 he was replaced by Linas Ryškus. Approximately 55% of the channel’s programmes are from foreign countries. Lietuvos Rytas TV is part of Lietuvos Rytas Media Group.

TV6, which was launched in 2002, is a Lithuanian terrestrial, satellite and cable TV channel owned by the Nordic television company Viasat.

Fax: +370 5 213 0753
Director Rolandas Kvietkauskas
This email address is being protected from spambots. You need JavaScript enabled to view it.