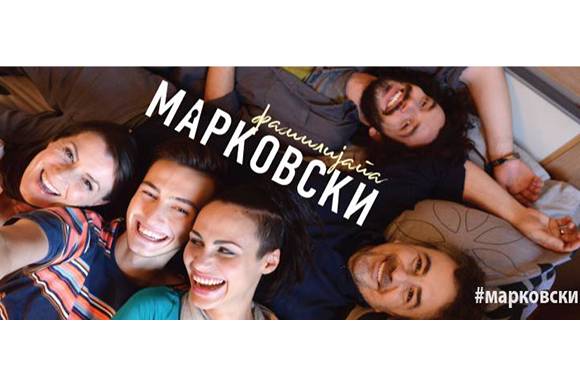 SKOPJE: A total of ten TV series were produced in 2017, which is an increase of 50% compared to 2016, when five series premiered on Macedonian national TV channels.

Until 2016 Macedonia had almost non-existent TV series production with series of foreign productions filling almost two-thirds of the television programmes, mainly in prime time. In 2016, for the first time the Macedonian Film Agency financially supported two domestic TV series and also one series with minority Macedonian participation. In 2017 the Call for production was annulled.

Most of the TV series produced in 2017 were financed by foreign foundations including USAID and the European Union, domestic companies, TV channels and government subsidies for development of domestic television production. These included the second season of the first Macedonian sitcom Prespav directed by Igor Ivanov and the 4th season of children TV series 5+ Family (both produced by OXO), as well the second season of Neighborhood Gossip, directed by Dragan Veljanovski and produced by TV Alfa, and new episodes of the comedy series A Bag Full of Happiness, produced by TV Sitel and Troika Studio.

The first seasons of four new TV series were produced in 2017: Markovski Family / Familija Markovski directed by Darijan Pejovski, an original 8-episodes prime time series produced by Art Project Lab Production with support from the USAID; the first Macedonian TV series shot under a foreign license In Treatment / Naterapija directed by Vardan Tozija and produced by Kino Oko; the original 26-episodes socially engaged series Insider, directed by Igor Ivanov, produced by TV Telma and Sloboda Film (and supported by Makpetrol company, Ministry of Information Society and Administration and USAID), and TV Box, directed by Zlatko Slavenski, the first project by the Independent Association for Affirmation Lumenetika Project in coproduction with 3D Project Studio and financed by private companies.

In 2017 the Macedonian Government distributed 507,000 EUR / 31m MKD as subsidies for the production of domestic documentary and feature programmes on national TV channels and the public broadcaster Macedonian Radio Television.

On the other hand, the Macedonian Agency for Audio and Audiovisual Media Services registered a drastic drop in TV revenues, according to the report for 2016. Commercial and public generated total revenues of approximately 25 m EUR / 1,540,190,000 MKD, representing a drop of 50% compared to 2015. The report for 2017 will be published in the summer of 2018.