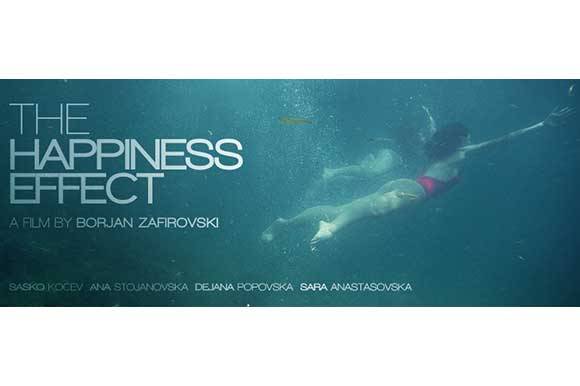 The Happiness Effect by Borjan Zafirovski

SKOPJE: A total of 56 European films will compete for the main prizes of the 18th edition of Cinedays Festival of European Film, running 7 - 15 November in Skopje. Eight films will compete in the Official Competition and six in the CineBalkan programme.

More than 100 films will be screened in 11 categories, including the competition programmes: Official Competition, CineBalkan, Macedonian Short Film Programme and Student Programme, and the noncompetitive Gala Programme, Music Documentaries Programme, Eye on Films Programme, MK in EU Programme, Cinematography in focus, Children’s Programme, Youth Programme and special screenings. The latest films by Jim Jarmusch, Woody Allen, Bong Joon-ho, Ken Loach, Francois Ozon, Fatih Akin, Pedro Almodovar, Roman Polanski are some of the titles in the attractive gala-programme. This year the festival is introducing a new award in order to emphasise the importance of the work of some film authors, who are less represented in the award-winners list at other festivals. A three-member jury will hand out an award for best music in an auteur film.

Cinedays joins the global celebration of 50 years since the first broadcast of Monty Python's Flying Circus, screening five films made by the comedy troupe. Producer Steve Abbott, a longtime associate of the Monty Python group, will be special guest of the festival and will receive a Lifetime Achievement Award and hold a masterclass. The festival's additional programme includes ten workshops, lectures, masterclasses and seven concerts, as well as dj-sets as part of the CinEmusic programme.

The world premiere of The Macedonian/Albanian/Kosovan debut film The Happiness Effect / Efektot na srekjata by Borjan Zafirovski will open the festival. The Swiss/Belgian/French coproduction Beyond the Horizon / Le Milieu de l'horizon, shot in North Macedonia, will close the festival.

The festival is supported by the North Macedonia Film Agency, City of Skopje and Delegation of the European Union to the Republic of North Macedonia.

The Diary of Diana B. (Croatia, Serbia, Slovenia)
Directed by Dana Budisavljević
Produced by Hulahop (Croatia)
Coproduced by This & That Productions (Serbia), December (Slovenia)
Supported by the Slovenian Film Centre