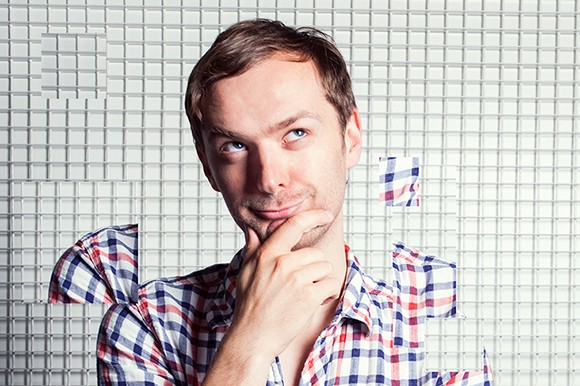 We want to know the pros and cons of selling a film from this region, the trends and the hits, how important is VOD distribution and how  prizes at festivals influence the success of a film.

This month we speak with Jan Naszewski, the founder and CEO of New Europe Film Sales, a boutique world sales company based in Warsaw, Poland and working with international content.

New Europe Film Sales was founded in 2010 by Jan Naszewski, EAVE expert and industry manager for the T-Mobile New Horizons IFF. NEFS represents 6 Oscar shortlisters and shorts by Ruben Östlund and Magnus von Horn, among others. The company’s feature film catalogue includes the Icelandic Rams (Prix Un Certain Regard in Cannes in 2015, sold in over 30 countries) as well as seven Berlinale titles and three Karlovy Vary FF competition titles.

Jan Naszewski: It’s not really about the country of origin, but about the quality of the film. A good Polish or Latvian drama or comedy can sell as well as a Belgian one. If anything, Eastern European films have a reputation for being quite sad and those that don’t work tend to be focused too much on poverty, politics and local issues. What works are personal dramas, such as Pawel Pawlikowski’s Ida (Phoenix Film ,Opus Film), hardcore auteur cinema for connoisseurs, such as Bela Tarr’s Turin Horse (TT Filmmuhely) or Kusturica-style comedies that might seem quite exotic.

I also heard a story from a producer, who wanted to do a film about a Polish-German wedding and the distributor told him „make it an Italian-German wedding and I’m in”. I totally understand this approach: Eastern Europe is not something associated with a good time and that’s what audiences want in the cinema. I think if we cannot make our stories entertaining then at least we need them to be moving and offer an experience.

Jan Naszewski: There is an audience for auteur cinema from the region in France, USA and Asia. Strong arthouse hits that premiere in big festivals, such as Ida are the exceptions that go beyond the regular sales results. I heard of comedies that were popular in Brazil. There are distributors in Germany interested in Polish cinema but the audience does not seem to be interested in them as much as it used to be. This is an issue. Generally, distributors talk a lot to each other and can sniff out a good film and start a domino effect. The hardest sales are first few.

Jan Naszewski: The film that did well for us was Papusza (Argomedia) by Krzysztof Krauze and Joanna Kos-Krauze, for which we found buyers in Europe and Asia. The film also did over 120 festivals and won many awards. Other films that we are proud of are the Latvian Berlinale Generation winner Mother I Love You (by Jānis Nords, Film Studio TANKA) and Latvia’s animated Oscar entry Rocks In My Pockets (Locomotive Productions ) by Signe Baumane.  I am also very happy that we introduced interesting new voices to the market, such as Grzegorz Jaroszuk (Kebab &Horoscope, MD4) and Eva Pervolovici (Marussia).

Jan Naszewski: We approach every film individually and try to find the right strategy for it, assess its potential and find the right market. As I mentioned before, there is a stereotype that Eastern European films can be sad and depressing so first we need to address that and look for films that stand out in the region because of the quality of storytelling, visual approach and market potential. It’s important to know what are the strengths and weaknesses of your content and use or avoid these. A small Georgian film can really work if you pitch it to the right niche audience.

Jan Naszewski: To have a world premiere at the Berlinale or Cannes helps a great deal; it gives the film a platform to shine on and it gives me a reason to start having conversations with buyers. I also like premiering in smaller festivals, such as those for film-lovers’ at Rotterdam or Karlovy Vary, when the competition for press and industry attention around the world is less fierce. Sundance and Tribeca are great for attracting interest from USA but only for a specific kind of films.

Jan Naszewski: Yes, that’s essential to my work. Ideally we like to put films in cinemas and you need all right deals for these. However, we’re open to flexible sales arrangements with buyers if good TV and VOD opportunities arise. As a company, because we also like working with edgy young voices, we have a reputation for running successful festival campaigns.

Jan Naszewski:It’s still minimal for quality art house films and it does not perform as well as we would like to without the initial theatrical push. Some countries such as USA, Canada, UK and Spain are interesting examples of growing consumption of VOD, so we’re observing that and learning.

I believe in curated VOD sites, where cinephiles and curious audiences are carefully guided through the catalogue, but I’m afraid we’ll end up drowning in a sea of content offered by big platforms in the future and will become lazy about our choices. I really like the initiatives of festivals that are using their brand to create VOD offerings for their devoted audiences. I’d like to see more of that.