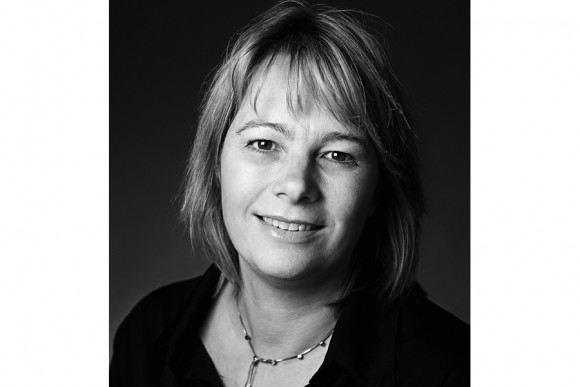 We want to know the pros and cons of selling a film from this region, the trends and the hits, how important is VOD distribution, and how prizes at festivals influence the success of a film.

This month we speak with Susan Wendt, Head of Sales at TrustNordisk and the newly re-elected President of Europa International.

TrustNordisk is one of the major World Sales Companies of Northern Europe, representing one of the largest film catalogues in Europe including more than 600 films from highly acclaimed directors such as Lars von Trier, Susanne Bier, Thomas Vinterberg, Lone Scherfig and Lukas Moodysson. Its genres range from animation to crime, from drama to family. TrustNordisk collaborates with both large production companies as well as independent producers throughout Europe.

FNE: What will be your goals as a re-elected president of Europa International and what are your challenges in the next two years?

Susan Wendt: One of the focus areas for the coming period is to find a solution for a better circulation of European films, in the framework of The Digital Single Market discussions, meaning finding a way to give European (CEE and Western) films the best possible visibility and making them available in the broadest way possible without infringing territorial rights.

We are in close discussions with Creative Europe, Europa Distribution, European Producer’s Club and other European organizations, focusing on how exploitation of European Films can be optimized within all windows and minimizing the piracy issues, among others, by trying to get the European releases of each film closer together to maximize the promotion.

An important thing here is to realize that we are all an important part of these changes and that we therefore need to work together. By ‘All’ I mean through the whole value chain from producer, sales agent over distributor to exhibitor, but also including platforms, aggregators and broadcasters. There are many challenges already, but I am sure there will be more coming up along the way as well.

Susan Wendt: Films from CEE are not at the level of Western European Films in terms of sales yet, but there is clearly a development and more and more examples of films from CEE both in terms of festival selections, including at the major festivals, as well as within sales. Films such as Ida (produced by Opus Film (PL) and Phoenix Film (DK) in association with Portobello Pictures (GB) and supported by the Polish Film Institute) is a fantastic example of this.

Susan Wendt: Poland is probably still the best buying territory in terms of money but two years ago that was Russia. If we talk about the number of films, ex-Yugoslavia and Hungary are the biggest territories.

Susan Wendt: We haven’t been involved with many CEE films on the sales side. The latest was Magnus von Horn's The Here After (Lava Films and ZentropaInternational) a Polish-Swedish coproduction that started off in Director’s Fortnight in Cannes, and then travelled to most festivals around the world. It had some good sales including UK.

Susan Wendt: I don’t feel that it is important, which country a film comes from. Each film is different and the strategy is made on the film itself and evaluated and put together based on director, cast, story, festival potential.

Susan Wendt: There are more and more films out there on the international market place and festival attendance is therefore an important tool to create awareness around the film. But it needs to be a package of festival attendance at important festivals combined with good reviews in the trades.

Without this, a film without an acclaimed director or cast will easily drown, especially within art house movies. For thrillers, action-, disaster- or horror movies festivals are not important. Here the production value is an essential factor to make them travel internationally.

Susan Wendt: Yes, we handle all rights wordwide and aim to sell all rights in the different territories, but there are also films or series, where we split the rights and sell TV alone and then Home Ent and VOD together. This is all dependent on the film/series

Susan Wendt: VOD is becoming a more and more important distribution arm, but in terms of revenues, we are still looking at very small numbers in terms of income, especially within Europe and the local European platforms. What is happening right now is that Majors such as iTunes, Amazon, HBO and Netflix are getting more and more settled also outside of the U.S. which gives both opportunities, but also threats and challenges in regards to the local platforms as well as PayTV which can be tough in regards to European art house films, which might not find their place on these platforms.

TrustNordisk
Filmbyen 22
DK-2650 Hvidovre
Phone: +45 36 86 87 88
This email address is being protected from spambots. You need JavaScript enabled to view it.
www.trustnordisk.com