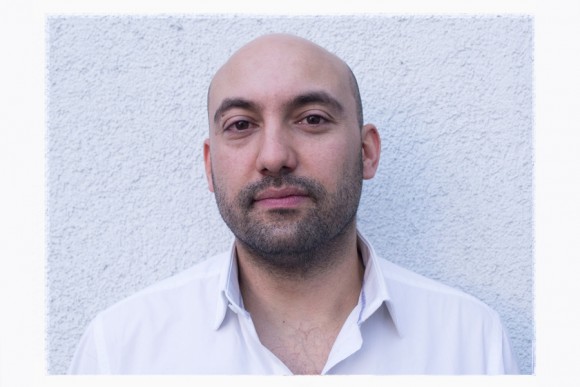 This month we speak with Jean-Christophe Simon, the CEO of Films Boutique, a Berlin-based international sales company founded in 2008 by Jean-Christophe Simon in association with the partners of the French World Sales company Films Distribution.The company handles a limited and focused catalogue of high profile feature art house films and searches for long-lasting relationships with directors and producers.

As a coproducer, Films Boutique is the proud German partner of Mia Madre by Nanni Moretti (Cannes Competition 2015).

Jean-Christophe Simon: If films from Central and Eastern Europe are still seen as hard sales by some distributors, it has been a long way and nowadays the country of origin is somehow not a problem anymore for most films premiering in the major international film festivals.

The international success of films such as Ida (Opus Film) by Pawel Pawlikowski or Son of Saul by Laszlo Nemes clearly shows that strong titles with a good press and festivals support can sell as much as the films from the Western European countries.

However, the question is the other way around: a local CEE blockbuster has almost no international potential and a "small" art house French or English spoken film will still probably sell more than a "small" film from the CEE.

Jean-Christophe Simon: For most films from the CEE, the biggest buyers in number of titles are probably the CEE countries. However, countries such as France, UK, USA or Germany also regularly release CEE films. Some countries such as Brazil, Taiwan or Mexico are also more and more open as well.

Jean-Christophe Simon: We worked with many CEE titles over the years, but probably the films Walesa, Man of Hope (Akson Studio) by Andrzev Wajda, Tuesday after Christmas (Multimedia Est) by Radu Muntean, The Happiest Girl in the World (Hifilm Productions) by Radu Jude and Floating Skyscrapers (Alter Ego Pictures) by Tomazs Wasilewski were among the most successful in terms of number of countries sold.

Jean-Christophe Simon: Films Boutique is working with films from different countries and we try to go back to basics focusing on films and filmmakers. Therefore, even if we adapt the strategies depending on films, we try as much as we can to treat CEE films exactly as any other Western European film.

I think it's actually the best way to attract distributors' and festivals' interest if we focus on films and not on origins. However, probably the main difference is that we need a good festival premiere as pre-sales to distributors are usually almost non-existing.

Jean-Christophe Simon: For art house films, it's a key point and probably even more for films coming from the CEE region. The festival selection doesn't mean the film will sell, but it's clearly much more difficult without it. A festival gives a stamp that means that the film has "objective" qualities which can help distributors to build up a good distribution and marketing package for their releases .

Jean-Christophe Simon: We do usually except in the coproductions countries even if more and more producers ask us to handle their own territories in order to create more market value.

Jean-Christophe Simon: VOD is still an upcoming market except for the USA and some other markets such as the UK, France or Russia, where receipts start to be more important on certain titles.

VOD will continue growing for sure and we have great expectations in the years to come. However, it will unfortunately never cover the loss of receipts of the DVD market. We are dealing more and more with content and less with films...

Regarding SVOD, the fight between the platforms not expecting rentability per film but company growth will mean more money for everybody on a short term which is good for sales agents and films producers. But it's still probably a bit too early to analyze all consequences for all of us on a mid-term basis.

FNE: What was new on your slate for Berlin from CEE/Baltic countries?

Jean-Christophe Simon: We handle the world sales on the film A Good Wife, the debut feature by Serbian actress Mirjana Karanovic. The film premiered in Sundance and had its market premiere in the European Film Market in Berlin. We also handle the sales on Lily Lane, the latest film by Hungarian cult filmmaker Bence Fliegauf which premiered in the Forum section of the Berlinale.

FNE: Do you have any films from CEE/Baltics that were hot sellers in Berlin?

Jean-Christophe Simon: Following the presentation of A Good Wife in Sundance, rights for Asia & Middle East have been acquired by Sundance Channel. We closed our first deals with Switzerland, Spain, Hungary, Bulgaria, Greece and we have interest for France, USA and Japan.