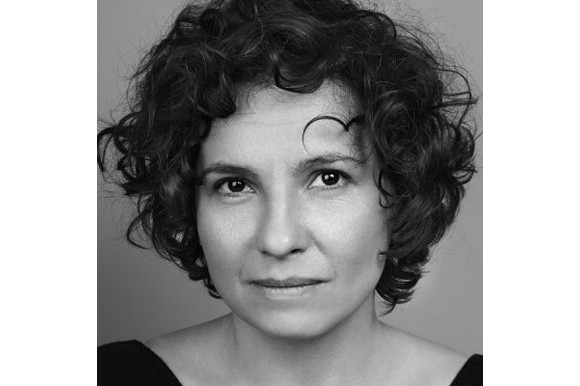 WARSAW: Poland’s Producer On The Move Klaudia Śmieja from the production company Madants is a seasoned film professional specialising in international coproductions. She is currently working on new films by Claire Denis, Agnieszka Holland and Gunnar Sigurdsson.

While her first calling was to study economy, Śmieja paired her business skills and legal know-how and fused them with a passion for film. When asked what inspired her to choose this line of work she answered, "It was really a coincidence, caused by my love of films. First there was a local film discussion club in Białystok that led to film studies and my first projects with young directors."

In the last 10 years Śmieja worked on over 30 short and feature film projects. "Producing is a dream job for me and I've been lucky enough to work almost every job in the production branch. I was the assistant producer, set manager, I took care of locations, etc. This gave me a full understanding of the process."

Her credits include coproduction for Agnus Dei (Aeroplan) directed by Anne Fontaine, Illegtimate (Domestic Film, Film Produkcja, Damned Films, HBO Romania) by Adrian Sitaru, Radiogram (Menclips) by Rouzie Hassanova and line production for international films and Polish hits The Mighty Angel (Profil Film) by Wojciech Smarzowski and Chemo (Filmokracja) by Bartosz Prokopowicz. The list of projects she is currently wrapping up includes the Polish/Icelandic/Danish coproduction Under the Tree produced by Film Produkcja on the Polish side, as well as a Turkish/French/German/Polish coproduction entitled Clair-Obscur directed by Yesim Ustaoglu.

"Each coproduction allows us to grow and develop beyond what I ever thought was possible. It can be complicated to get funds for non-Polish-language films in Poland, but it is more and more manageable. What we really need is a tax incentive to bring more international crews here, because Polish producers can bring a lot to the table with a strong focus on Polish talent. Along with my colleagues, we always try to introduce a Polish creative factor to the project, and so far it has been met with great feedback. Our film professionals do great work and are appreciated for it all over the world," Śmieja commented.

Continuing her lucky streak of internationally recognized coproductions, Śmieja has a lot on her plate for 2016/2017 with a new project from Agnieszka Holland entitled Garreth Jones, an international coproduction with a budget of 8m EUR, that received 3m PLN from the Polish Film Institute, as well as Janis Nords’ Foam at the Mouth and Sofia Exarchou’s Polish/Greek coproduction Park. One of the biggest future projects for Śmieja is the upcoming sci-fi film from renowned French director Claire Denis entitled High Life, produced for Arte France Cinema by Alcatraz Films (France), Pandora (Germany) and Apocalypse (UK).

"I've been an admirer of her work for years and when I read about her upcoming project last year in Cannes I immediately contacted all the producers involved in the project offering my assistance. I was ready to make coffee on set,” she laughed. “This is one of my dream projects and it just goes to show that in this line of work dreams really can come true."