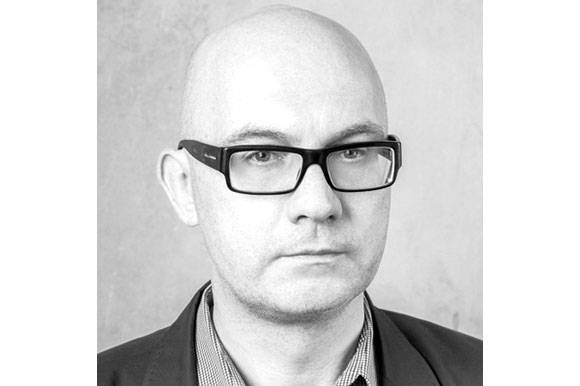 RIGA: Gints Grube got a BA in philosophy, did doctoral studies in political science and worked extensively in the media before becoming the director of Hansa Media production company and finally the co-owner and director of Mistrus Media in 2000.

He is currently developing Davis Simanis’ historical drama The Mover aka The Boy with the Dog, which is planed as a coproduction. The project received development funding from Creative Europe and participated as a work in progress in the Baltic Event in 2015 in Tallinn, the Das Rendez-Vous German-French Film Meeting in Marseille and the Riga IFF coproduction market.

The long documentary People from Nowhere, on which Grube is working both as a director and producer, is a coproduction between Estonia’s Kuukulgur Film, Latvia’s Mistrus Media, 8Heads Productions from the Czech Republic and Germany’s Kick Films. This story of Eastern European spies of the Cold War received support from the European MEDIA programme.

To Be Continued directed by Ivars Seleckis and currently in financing, follows the lives of seven children as they grow up from childhood and become adults.

Grube regularly collaborates with coproduction partners in the Baltics, Finland, Germany, the Czech Republic, France and Russia, as minority coproducers and service providers. As a minority coproduction partner, he told FNE, his company offers “a full-range postproduction process, from editing and image colour correction to sound postproduction, soundtrack creation and recording and development of captions and animation sequences. As a film service partner, we can be useful by offering diverse locations for filming abroad in the Baltic countries, providing a professional team, equipment rental, transport logistics and full filming service. Our contacts with Baltic television companies, other film studios, cinemas and festivals can be a good resource in work on international coproductions.”

In terms of financing, he said, “Film funding in Latvia is supported by the National Film Centre through a number of support programmes for coproductions in Latvia: once a year, there is minority coproduction support programme for fiction films, documentaries and animations; furthermore, both Riga City Council and the National Film Centre grant financial support for foreign films shot in Latvia, refunding up to 20% of money spent in Latvia.” He added, “The Cultural Capital Foundation of Latvia supports the film industry in Latvia, including international coproductions that may contribute to the Latvian culture. The Latvian public television is also a regular contributor to the film industry, both in the filmmaking and the pre-sales and acquisitions stages.

Grube said that in terms of distribution, “We are involved in film distribution in the Latvian and Baltic territory ourselves and also cooperate both with the cinema network in Latvia and with distributors of European films in Latvia Kino punkts and Kino bize.” He added, “Splendid Palace, the largest cinema screening European films in Latvia, is also a significant collaborator. The Chronicles of Melanie, produced and distributed by us, was the most watched Latvian film and the fourth most watched film in Latvia, with 80,000 admissions. We can ensure high-quality diverse marketing and PR support in foreign film distribution in Latvia and we can also acquaint representatives of Latvian public and commercial television companies with film projects.” Foreign coproduction partners will find that, “European cinema is loved in Latvia and it finds a loyal and predictable audience here; what matters is solid publicity that helps the cinema-goers learn more about the films. The various Latvian festivals and European film days are significant platforms, providing excellent promotional opportunities to further distribution.”

Mistrus Media
Phone: +371 6731 3314
This email address is being protected from spambots. You need JavaScript enabled to view it.
www.mistrusmedia.lv