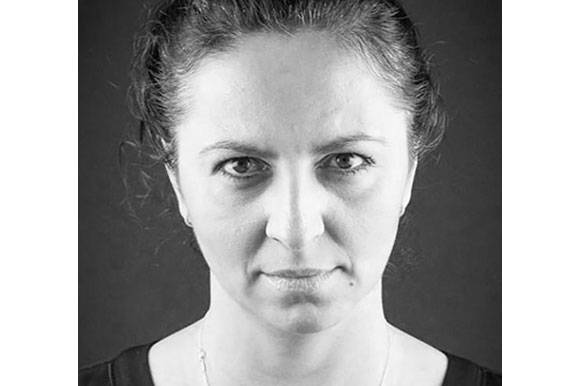 BUCHAREST: Iuliana Tarnovețchi studied Psychology and in 1995 started working for Castel Film and Pro TV. She was Production Manager and Production Coordinator for MediaPro Pictures in 2000 - 2005, Head of Development and Head of Cinema, and also Executive Producer for MediaPro Pictures in 2006 - 2011. Her name is linked to dozens of films including Callas Forever by Franco Zeffirelli, Amen by Costa-Gavras and California Dreamin’ (Endless) by Cristian Nemescu.

She produced several feature films, docs and short films selected and awarded abroad. She is currently developing Otto, the Barbarian, the debut feature by Ruxandra Ghițescu, which is selected at l’Atelier Cinéfondation Cannes 2017, Bycicle by Radu Barbulescu, Simin Dona (director TBA) and the omnibus project Chronochinezia. She is also coproducing Grandfather and Grandson by Ilija Piperkoski, which is currently in production.

Asked about what she offers as a coproducer, she told FNE, “It really depends on the project and the moment I enter the partnership. The involvement in a coproduction can start from the development stage, where I can offer support and guidance in all the creative processes. Sometimes the coproduction support can be strictly financial or logistic. We can also offer postproduction services. These are only few examples of what I can bring on a coproduction table. Generally, I try to listen to my partners and accommodate their needs, because every project has a different setup, even if the ground rules are the same.”

With regard to looking for funding sources in Romania, she says, “What I know from my experience is that you can access private founding (sponsorship, barters and investments), but the amounts are usually symbolic. Nevertheless, and especially for Romanian films, any contribution counts enormously, so every time I hear stories about businesses and private persons who came and met the needs of a production company, I appreciate the gesture.

Distribution is still a difficult area in Romania. “We are filmmakers, we find stories that inspire us and dream to bring them on screen so to reach as many people as we can. Idealistically, our hopes are to be able to distribute the films we produce both theatrically and on networks as much as possible and especially domestically,” she said. “Most of the Romanian cities don't have cinemas anymore, and even if I am sure that people would see Romanian movies, they don't have this option, not in cinema theaters. This is one of the things that sadden me the most. That is why I appreciate initiatives like film caravans, which bring our movies to audiences who request them. I hope this wave will grow and inspire other initiatives. I also hope we will grow sufficiently, so we can inspire a movement in the cultural policies sector, because we need those in order to evolve.”

www.alienfilm.ro
Phone: +40 21 327 63 04
This email address is being protected from spambots. You need JavaScript enabled to view it.