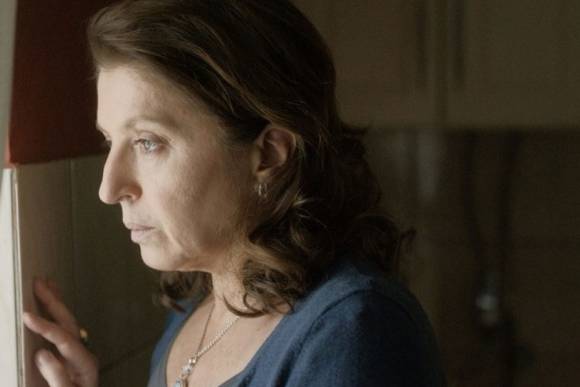 A Good Wife by Mirjana Karanovic

Even with a notable Serbian presence at some of the world’s A-list film festivals, the increase in public funding through grants given out by Film Center Serbia, new incentives legislation, the launch of the MEDIA Desk and proactivity of film institutions in the country, film production experienced a slowdown in 2016.

In 2016, Serbia successfully implemented its tax incentives programme for feature films, TV series and commercials. Film Center Serbia opened the first call for projects eligible for the 20% cash rebate on 15 April 2016. The law entered in force on 27 August 2016.

One of the highlights of 2016 was the launch of Serbia’s MEDIA Desk on 4 March 2016, making Serbia the last of the countries of former Yugoslavia eligible to join the MEDIA programme.

Serbia Film Commission continued to facilitate the adoption of film friendly policies in local jurisdictions, now boasting a network of 28 towns and cities across Serbia. Moreover, Milica Božanić of Film in Serbia became a board member of the EUFCN (board of directors of the European Film Comissions Network).

In December 2016, the National Cinematheque declared, for the first time, a hundred Serbian films 'cultural heritage of great importance' and the film Karadjordje by Ilija Stanojević (1911) 'cultural heritage of exceptional importance'. The decision regarding Karadjordje has yet to be ratified by the Ministry of Culture of Serbia and the National Assembly.

The Ministry of Culture of Serbia and the British Council signed a two-year cooperation agreement on 11 November 2016, during the visit of the British Minister of Foreign Affairs Boris Johnson to Serbia. According to the agreement, British Council will provide support to professionals in the audiovisual sector in Serbia, museum building and the Novi Sad 2021 – European Capital of Culture project.

Boban Jevtić, the head of Film Center Serbia, and distributor (MCF – MegaCom Film) and director of the Auteur Film Festival Igor Stanković, were honored with the French Order of Art and Literature for the recognition of significant contributions to the arts and literature.

The number of 100% national films produced in 2016 decreased by three since the previous year. Eleven Serbian international coproductions were released in 2016, out of which eight had a theatrical release and three only a festival run.

After the success of Oopiri, the 2016 Indian remake of the French hit The Intouchable, directed by Vamsi Paipadilly and shot in Belgrade in July 2015, interest in Serbian locations among Indian filmmakers kept growing, with two Indian films shot in Serbia in the second half of 2016. Tamil director Mani Ratman’s Kaatu Veliyidai was shot in the last months of 2016 and was serviced by Clockwork Film Production, while Victory, a thriller produced by Tamil Sathya Jyothi Films, was shot in the summer of 2016 and was also serviced by Clockwork Film Production.

In 2016, the shark hit, The Shallows directed by Jaume Collet and starring Blake Lively, benefitted from Serbian postproduction services done by Crater Studio, whose credits also include CGI sharks in Shark Night 3D by David R. Ellis as well as A-list action projects such as Adam McKay’s The Other Guys and Ericson Core’s Point Break. In 2016 Crater Studio also worked on the postproduction of the upcoming film by Sean McNamara, The King’s Daughter, starring Pierce Brosnan and William Hurt. In 2916 Netflix also sought prostproduction services from Crater for their new TV series, A Series of Unfortunate Events, directed by Barry Sonnenfeld, Mark Palansky and Bo Welch, and starring Neil Patrick Harris.

According to Serbia Film Commission, international productions including feature films, TV and advertising projects, spent around 16 m EUR in Serbia in 2016, the double of what was spent in 2015.

With the 20% cash rebate run by the Ministry of Economy, Serbia showed dedication in its attempts to remain one of the world’s hotspots in terms of film locations. Productions that were granted incentives are all the above-mentioned minus Missing in Europe, Kaatu Veliyidai and Standoff, with 2.5 m EUR / 311,852,196 RSD out of the total 2.7 m EUR / 336,343,304 RSD. Twelve more projects are being considered for the remaining 500,000 EUR as this report is being written.

According to Film Center Serbia, nine long documentaries were produced in Serbia in 2016, the same as in the 2015. Out of these nine projects, six were 100% national productions and three were majority coproductions. The list includes the acclaimed Depth Two / Dubina Dva directed by Ognjen Glavonić, a Serbian/French coproduction between Non-Aligned Films, the Serbian Humanitarian Law Center and Cinéma Defacto.

A total of 242 films, including 20 domestic films, premiered in Serbia through December 2016, according to Film Center Serbia. A total of 166 films were released in 2015.

The Serbian Association of Cinematographers – SAS founded the Moving Image Festival honoring the work of the DoPs. The successful first edition of the festival ran from 25 to 29 October 2016 and its lineup consisted of eight of the best Serbian films of 2016. Moving Image received support from the National Cinematheque and Film Center Serbia.

In December 2016, Film Center Serbia, the Serbian National Broadcast Company – RTS, the Belgrade Cultural Center, the National Cinematheque, the Open University of Subotica, the Palić Film Festival, the Auteur Film Festival, the b92 Fund, the Free Zone Film Festival, Beldocs and the members of the Popović family created together the annual Nebojša Popović Award for the contribution to the promotion and critical thinking in film and culture, in memory of the late Serbian film critic, Nebojša Popović.

The first recipients of the newly-instituted award were Svetlana and Zoran Popović, the founders of the Center of Visual Communications Kvadrat, and the Magnificent Seven Festival for their decades-spanning comprehensive work, perseverance and uncompromisingness.

This entails that the Cinematheque will urgently proceed to the restauration of these films. From this long list, the institution chose the 1911 film Karađorđe by Ilija Stanojević-Cica (produced by Svetozar Botorić and Pate Frer) to be granted the status of 'cultural heritage of exceptional importance'. The decision has yet to be ratified by the Ministry of Culture of Serbia and the National Assembly.

In 2016, the theatre market in Serbia was dominated by the multiplex chain Cineplexx with two venues in Belgrade (17 screens altogether), one in Kragujevac (six screens) and another in Niš (five screens).

Cinestar, which opened its doors in December 2015 with two 4-screen venues in Pančevo and Zrenjanin, added a 10-screen multiplex venue in Novi Sad in the summer of 2016.

As far as exhibition is concerned, a high number of old single or 2-screen theatres have yet to be digitally equipped. In order to do so, Film Center Serbia gave its support in the form of subsidies for the digitalisation of these cinemas, an action that should help balance and regulate the Serbian under-screened theatre market.

In 2016, Serbia successfully implemented its tax incentives programme for feature films, TV series and commercials. Film Center Serbia opened the first call for projects eligible for the 20% cash rebate on 15 April 2016. The law entered in force on 27 August 2016.

Twenty-one projects were submitted through December 2016. From April to September 2016, nine projects (five features, two projects in postproduction, one TV series and one ad) applied and 2.7 m EUR / 336,343,304 RSD was approved. Twelve more projects are pending resolutions for the remaining 500,000 EUR as this report is being written.

One of the highlights of 2016 was the launch of Serbia’s MEDIA Desk on 4 March 2016, making Serbia the last of the former Yugoslavia's countries eligible to join the MEDIA programme.

In 2016 five production companies from Serbia received development support from MEDIA’s subprogramme for the development of film projects and one company for its TV programme, so 441,000 EUR is to be divided among these six projects. A total of fifteen Serbian projects were submitted in 2016. All the MEDIA supported projects also received support from Film Center Serbia. Palić European Film Festival and Beldocs Film Festival also received funding from MEDIA.

In September 2016, the Serbian National Broadcast Company (RTS) and Film Center Serbia signed a collaboration agreement after a series of successful joint projects between the two institutions. The agreement covers a collaboration regarding the financing and co-financing of feature and documentary films, as well as exclusive TV rights for the broadcasting of feature films that Film Center Serbia will provide to RTS, fitting the concept and criteria of the television network.

This is a strategic contract that enables RTS, as a public service, to apply for co-financing grants for feature and documentary films and gives the network the pre-buy possibility for broadcasting documentaries. Additionally, Film Center Serbia and RTS agreed to create a weekly slot for domestic documentaries, especially those supported by Film Center Serbia. This contract links TV and film production even more strongly and potentially insures TV distribution of domestic films, particularly documentaries, thus paving the way for the future passing of the bill on audiovisual activities.

According to a research conducted by RTS, its first channel, RTS1, was the most popular TV channel during 342 days of 2016, with 43 more days than in 2015. For RTS, this is the best result since 2003, when the electronic audience measurement was introduced. Almost 3.5 m people followed the programmes of RTS 1 on a daily basis.

RTS 1 is the most watched channel in terms of daytime and primetime programmes, especially due to its top rating shows, sports events and new programmes. All the programmes in the top 50 of the most watched programmes in 2016 are from RTS, including the transmissions of several top sports events such as the Olympic Games, the European Water Polo Championships, the 2018 FIFA World Cup qualifying games, as well as Roland Garros and the Australian Open.

RTS 1 was watched by 3.3 m people in 2016, while the second position in terms of audience was held by TV Pink with 2.6 m viewers. The third position went to TV Prva with 2.5 m viewers.

The most important TV channels in Serbia in 2016 were again RTS, TV Pink, TV Prva, B92 and TV Happy.

In 2016, RTS coproduced eight of the most watched TV series in Serbia. In July 2016, the final twelve episodes of the fifth and final season of the most watched Serbian TV series Selo gori a baba se češlja directed by Radoš Bajić were shot in coproduction with Contrast Studios, the season premiering on RTS1 on 15 October 2016.

In summer 2016, RTS was working simultaneously on four more TV series: Sumnjiva lica (coproduced with Film Deluxe), based on the most significant comedies by acclaimed Serbian playwright Branislav Nušić, divided into 72 30-minute episodes, that premiered on RTS1 on 10 October 2016, Ubice mog oca, a crime drama directed by Predrag Antonijević with the premiere on RTS 1 on 28 October 2016, Santa Maria della Salute, based on the life of Serbian poet Laza Kostić, directed by Zdravko Šotra and set to premiere on RTS in the second half of 2017, and the third season of the hit series Vojna Akademija directed by Dejan Zečević and produced by Nira.

In the last months of 2016, two more TV series and a TV film entered production at RTS. The 1930s political thriller-drama Senke nad Balkanom is helmed among others by Dragan Bjelogrlić and Danilo Bećković, coproduced with Cobra Film and set to premiere in autumn 2017, while the 12-episode historical drama Krunisanje Stefana Prvovenčanog. Prva Nemanjićka kraljevina is directed by Marko Marinković and set to air in autumn 2017

In 2016 TV Prva continued production on a new season of its TV series Sinđelići based on the Spanish Los Serrano and directed by multiple directors including Dejan Zečević.

FILM IN SERBIA
Vlajkovićeva 18
11000 Belgrade, Serbia
Phone: +381 11 3230 581
This email address is being protected from spambots. You need JavaScript enabled to view it.
www.filminserbia.com

MINISTRY OF CULTURE AND INFORMATION OF THE REPUBLIC OF SERBIA
Vlajkovićeva 3,
11000 Belgrade, Serbia
Phone: +381 11 33 45 650 (Secretary of the Ministry)
This email address is being protected from spambots. You need JavaScript enabled to view it.
www.kultura.gov.rs

FACULTY OF DRAMATIC ARTS
Bulevar Umetosti 20,
11070 Novi Beograd, Serbia
Phone: +381 11 213 56 84
This email address is being protected from spambots. You need JavaScript enabled to view it.
www.fdu.edu.rs

NATIONAL CINEMATHEQUE
Uzun Mirkova 1,
11000 Belgrade, Serbia
Phone: +381 11 262 25 55
This email address is being protected from spambots. You need JavaScript enabled to view it.
www.kinoteka.org.rs