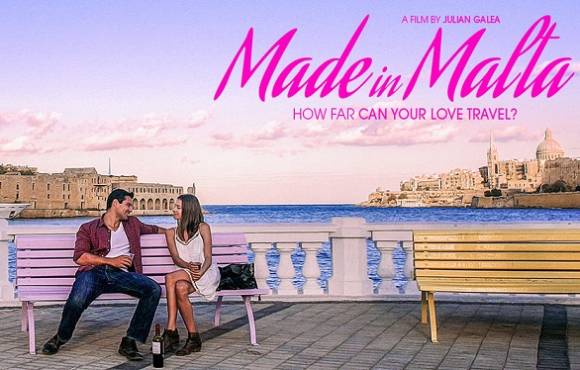 Galea can’t get enough of his mother country and while shooting in 2016 got the idea for the new film while he was eating pastizzi on the doorstep of his Aunty Carmen’s house in Spinola Bay.

Named after St. Julian, Galea wanted to showcase his namesake in the film.

“QUOTE” - “I’ve always grown up hearing from my father, who is from Mosta, and my mother, who is from St. Julian’s, that Malta was the most beautiful place in the world - I had no idea how right they were until I came here for the first time with my father many years ago. It made me appreciate Malta so much more and I’m very grateful”.

After honing his craft in New York working under big Hollywood Emmy Award Winning director Reed Morano (The Handmaid’s Tail), and living in Los Angeles to learn the business - Galea chose his motherland of Malta to shoot his films and make the most out of his insight.

“QUOTE” - “It’s obviously very different going from a large Hollywood film with mountains of money to riding Maltese buses with drivers screaming “Move back please!” and sharing hobz biz-zejt sandwiches with our international actors between locations. In the end though, we’re all after the same thing, and that’s getting the shot to tell your story”.

Galea’s hope with the new film is that it will help promote Malta as a filming location and tourist destination.

“QUOTE” - “While some people may have never been to Malta, I hope this film gives them a reason to want to come visit and perhaps the spark they needed to book a trip”.

Made in Malta will be enjoyed by anyone who appreciates independent film and wants to see Malta on the big screen.

“QUOTE” - “It’s a love story which is easy for people to relate to and I feel grateful to have been able to bring this story to life in Malta”.

There is no stopping Galea, who has already started working on his third film which he plans to shoot after the release of Made in Malta.

“QUOTE” - “While I’m already in pre-production on my next film, I’m excited to be able to come and spend some more time in Malta over the next year. Who knows, with any luck I’ll be inspired to make another movie set it in Malta again. I do miss my hobz biz-zejt!”.

Made in Malta opens on May 8 at Eden Cinemas and is released by Galea Pictures.

For press inquiries contact - This email address is being protected from spambots. You need JavaScript enabled to view it.

Tweet
More in this category: « LUMIERE VOD: launch of the first directory of European films to increase transparency concerning the VOD markets Copyright Directive: Authors' organisations - Joint press release on the Council's adoption of the Copyright Directive »
back to top