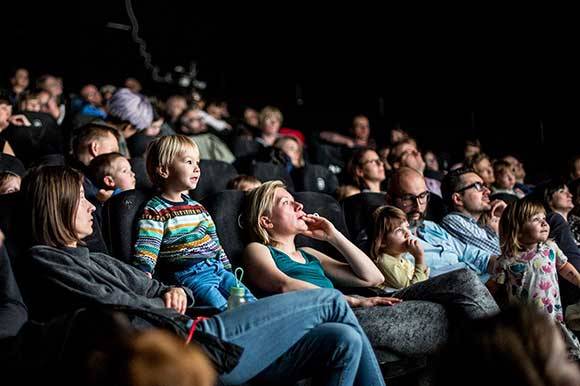 WARSAW: The 6th Kids Kino International Film Festival was visited by over 28,000 viewers during the nine festival days in 23 cinemas across Poland.

The festival's programme included over 154 films from around the world, presented in eight sections. The main competition included 9 full-length films for viewers aged 4 to 12, including 6 premieres. The poll for the best viewers' opinion was won by the Canadian animation Racetime directed by Benoît Godbout.
The Film Discovery Competition screened a total of 7 titles, including 5 premieres. Films from both competition sections were displayed with English subtitles.The programme of the 6th Kids Kino International Film Festival included a special review of classic films by Stanisław Jędryka and a special section dedicated to Italian cinema - Ciao Italia!  The films were accompanied by meetings with creators and special guests, screenings with live music and workshops for children and adults. The series for teachers and supervisors of the Children's Cinema about upbringing and the Warsaw Kids Film Forum industry event had its continuation.
A 270 guests attended the sixth edition of the Warsaw Kids Film Forum, a three-day international industry event running through 27 September 2019. The number of attendees has grown by some 30%, thanks in large part to a new sponsorship from FNE and Central European Initiative (CEI). A total of 27 projects representing 15 countries were pitched, along with one special Polish work-in-progress presentation. Seven of the projects are Polish productions or coproductions, but the forum is clearly an international event with industry representatives from across Europe and Canada.
Read 930 times Last modified on 2019-10-08
Tweet
Tagged under

More in this category: « FNE at Warsaw Kids Film Forum Inspiration Day: Wojtek The Smiling Solider Bear
back to top