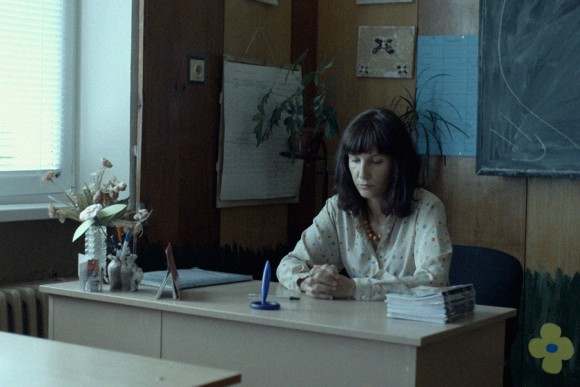 Various events celebrating the 100th anniversary of Bulgarian cinema have marked 2015. They started on the official Day of Bulgarian Cinema, 13 January 2015, and went on throughout the year. The Bulgarian National Bank issued a Silver Commemorative Coin and Bulgarian Post released an exclusive stamp.

Bulgarian National Television opened a public ballot for Best Bulgarian Film from among 100 titles. An exhibition of photographs from the sets of 100 popular Bulgarian films travelled throughout the country and abroad.

The Bulgarian National Film Centre experienced a year of instability with three acting directors, two of them replaced one after the other. The private sector which has been very active until recently in investing in cinema production downsized its participation in the industry in 2015.

One of the biggest success stories of 2015 was directors/producers Petar Valchanov and Kristina Grozeva, award-winning film The Lesson, which was presented as one of the three finalists of the prestigious LUX prix at the European parliament in November 2015. As one of the three LUX Prix finalists the film will receive sub-titling in 24 European languages which will give the film an additional boost in 2016 after a triumphant festival tour in 2015.

The situation was rather similar in 2014 with seven features supported by the NFC and one feature entirely backed by the BNT.

Borislav Kolev’s Salto Mortale (Projector), Eldora Traykova’s Cambridge (ProFilm), Anna Petkova’s Agression (Gala Film), Ralitsa Dimitrova’s The March of the Letters (B Plus Film), were among the most important documentaries shot in 2015.

Ten international productions were shot in Bulgaria in 2015; less than in 2014, when their number was 15. As in recent years, most of the foreign productions were attracted by the Bulgarian branches of two American companies, Bulgarian Unified Production Organisation and Nu Boyana. According to the NFC’s official Register, only one project that shot in Bulgaria in 2015 was not directly linked to them.

In 2014 the situation was practically the same. The only difference was that at least three directors who shot in the country were European.

According to Nu Boyana, Bollywood romantic comedy Dilwale directed by Rohit Shetty and starring Shah Rukh Khan was serviced in Sofia during summer 2015. It was followed by Babak Najafi’s London Has Fallen, the upcoming American sequel to Olympus Has Fallen, produced by G-Base, Millenium Films and Nu Image.

According to the NFC 195 films were distributed in Bulgaria through November 2015, of which 96 were American, 83 European and 16 Bulgarian. The market share of the American films was 83%, the European productions had 13% market share, while the domestic films had 1.31% market share.

Alexandra Group and Forum Film remained the leading distributors in 2015. Both of them have been running important theatrical networks for years, Arena and Cinema City, and together they dominate the market with almost 77 % share of total box office.

Domestic distributor Bulgaria Film Vision has made a valuable contribution to the distribution of European films with the release of a number of valuable European titles which entered its catalogue in 2015. Alexander Sokurov’s Francofonia, Jacques Audiard’s Golden Palm winner Dheepan, Nanni Moretti’s Mia Madre, Gaspar Noé’s Love were bought to be released in the first half of 2016. Similar to 2014, A+Films, Pro Films, Art Fest and A + Cinema distributed most of European films.

The number of Bulgarian films released by established distribution companies decreased in 2015. A+Films and Pro Films

distributed two domestic films each, followed by A + Cinema, which distributed only one. Several production companies preferred to release their newest Bulgarian films by themselves. That was the case with directors/producers Petar Valchanov and Kristina Grozeva, who distributed their award-winning film The Lesson through their own production company Abraxas Film.

According to the NFC, the total number of cinemas officially registered in 2015 was 47, including six cinemas newly opened during the year. There were 204 screens, including 13 newly opened. Practically all the screens in the country were digitalised.

The controversial historical saga Dyakon Levski, directed by actor Maxim Genchev and produced by Amrita Art, ranked first with 38,623 admissions and 147, 998 EUR gross. Valchanov/Grozeva’s The Lesson came second with 11,935 admissions and 21,401 EUR gross, followed by Kostadin Bonev’s The Sinking of Sozopol (produced by Borough Film and distributed by A + Films) with 5,753 admissions and 18,938 EUR gross.

A + Cinema released Gueorgui Balabanov’s The Pertrov File (produced by Camera Ltd), which had 5,010 admissions and 16,346 EUR gross. Zahary Paunov‘s Hombre produced by Nach-Zach Vision and distributed by Pro Films had 2,943 admissions and 7,844 EUR gross.

In accordance with the Film Industry Act adopted in 2003, Bulgaria’s main institution’s annual support is calculated based on the total average budgets of seven feature films, 14 long documentaries and 160 minutes of animated films. In 2015 the NFC’s total support for film industry was 6,755,210EUR.

According to the law, the NFC is obliged to allot80% of its annual budget to film production. By the end of November 2015 the NFC supported 65 projects: nine feature films, three debut features and three short films. Ten feature films were also selected for development support.

In the documentary section two long films were supported together with 15 films under 60’ and two first films. Six documentary projects were selected for development support.

In the animated films section one long film was supported, together with six short films and three debut films.

The Film Industry Act also requires that up to 20 % from the NFC’s annual budget has to be allotted for Bulgarian producers acting as minority coproducers. The planned amount in this section was 1.08 m EUR but in April 2015 the budget decreased by nearly 50% and therefore only four coproductions were supported in 2015 with 169,000 EUR each.

In 2014 there were nine minority coproductions supported by the NFC.

Since no less than 10% of the NFC’s annual budget has to be allotted for domestic distribution of Bulgarian films, the amount received by the distributors in 2015 was 675,000 EUR. The centre also approved 337,500 EUR for supporting local film festivals and international promotion of Bulgarian cinema.

In October 2015 Bulgaria’s Ministry of Tourism initiated an advertising campaign with the participation of various Hollywood stars who have shot in Bulgaria: Sylvester Stallone, Jason Statham, Salma Hayek, Antonio Banderas and Adrien Brody. They were all invited to star in an ad picturing Bulgaria as a destination for film tourism.

According to Nikolina Angelkova, the minister of Tourism, „the connection between cinema and tourism is obvious and it is highly important that we use all opportunities to advertise our country”. However, the spot was not unanimously welcomed in Bulgaria.

A working group was set up in order to explore the economic possibilities for a future implementation of a tax incentive scheme in Bulgaria. No official decision was taken by the end of the year.

In 2015 the National Palace of Culture registered at the NFC as a film production company. Thus it became possible for the Palace to act as national coproducer of Bulgarian films. An internal selection committee was appointed. The main requirement for producers is to raise 75% of their budgets. The first contest session took place in August 2015. Forty two projects applied of which nine feature films and ten documentaries were selected.

The administrative director Miroslav Borshosh promised that the Palace “will support the advertising campaigns of the selected films by offering Hall 1 for their premieres“. Four sessions are expected in 2016.

During the second half of 2015 the public television gave a green light for a newly established company Camera Entertainment to start shooting the last 12 episodes of the fifth season of the popular criminal series Under Cover. The television also backed the shooting of the second season of Fourth Estate, a 12-episode political thriller series focusing on the clash between power and media in contemporary Bulgaria. Since the shooting was nearly completed by the end of 2015, the broadcast was planned for February 2016.

The first private TV channel in Bulgaria bTV backed and broadcast the first episodes of its new urban serial Liaisons, produced by Emo Vision. This is the eighth TV series funded and broadcast by bTV since its establishment in 2000.

The TV channel for Bulgarian communities from Chicago, America and abroad, Bulgarian International Television, which started broadcasting on 31 May 2013 in Chicago, opened a second office in Sofia. Since September 2015 its main journalists are Ralitsa Vassileva and Neri Terzieva. Vassileva, who used to work for CNN, now works in Chicago, while Terzieva is based in Sofia.

On 19 October 2015 the international business television Bloomberg TV Bulgaria started broadcasting. The television, which is part of the media group Bulgaria on Air, promised to focus on important business and financial events in the country and in the world. The channel is also licensed to show original economic programmes from Bloomberg TV.