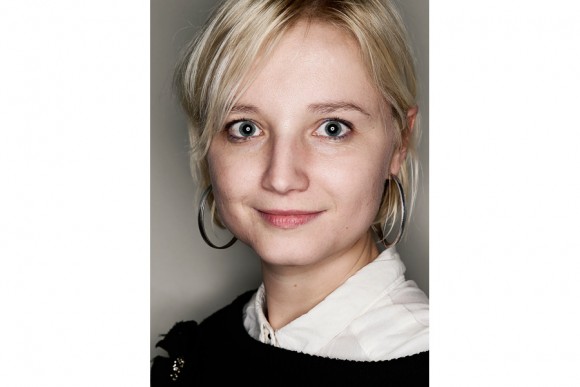 ZAGREB: Vanja Jambrović, European Film Promotion’s Croatian Producer on the Move, began working as an independent producer within the company Restart in 2008, while still a student.

Born in 1980, Jambrović graduated philosophy and comparative literature before studying film production at the Academy of Dramatic Art in Zagreb, graduating in 2011. Her love of documentaries brought her to Restart, an organization covering the whole process of documentary and short film industry, including production, education, distribution label (Restart label) and exhibition through Dokukino, a small art house cinema showing only creative documentaries.

Jambrović has produced four documentaries so far: Gangster of Love and Real Man’s Film by Nebojša Slijepčević, Don Juans: Excuse Me Miss and Happy Land by Goran Dević; and also Slijepčević’s short fiction film, Boxed. Within Restart Laboratory, a platform for first time directors, she produced numerous short documentaries. She is also a poet, a scriptwriter and a researcher journalist for the Croatian television.

She will represent two projects in development in Cannes: the docu-fiction film Shooting the War by Nebojša Slijepčević and the fiction film Araf - The Elevations by Srđan Keča. However, she applied only with the last one for Producers on the Move. Araf - the Elevations follows a young illegal immigrant from Afghanistan who falls ill in a small town in Serbia on his way to Western Europe.

Jambrović’s first love is creative documentaries. “I’ve always been amazed by the process of shaping reality into film. To watch how something that existed only as a simple fact of ordinary life becomes work of art is to me the most exciting moment of filmmaking. That is why I’ve always preferred creative documentaries with the storytelling structure of feature films. We are living in a very exciting moment of the film’s history, a moment in which after a whole century film was finally emancipated from technical limitations. This emancipation will make it possible to abandon labels like ‘fiction’ and ‘documentary’ and to concentrate only on truly great films,” Jambrović told FNE.

She wishes she had produced Joshua Oppenheimer’s The Act of Killing, a documentary she considers “one of the films that will mark the first half of 21st century in the history of filmmaking,” and she admires Simon Channing Williams who founded Thin Man Films with Mike Leigh and who produced most of his films. Among other things she admires the fact that “he was able to recognize Mike Leigh’s working method as a uniqueness deserving every possible support. They decided not to follow the traditional rules of the production process and to enter production without having a final script draft, which proved to be a worthwhile risk.”

“There is no just one ideal producer, behind each stunning film stands a great producer,” she adds. As a young producer trying to find her own way, Jambrović sees her mission as finding the right balance between mind and feeling.

“Being a producer comprises two different and seemingly incompatible components: high-level management and genuine creativity. Another crucial aspect, which I find especially exciting and inspiring, is the constant process of decision-making. A producer is as good as his decisions. And the process of decision-making is based on another seemingly incompatible combination of factual knowledge and personal intuition. Filmmaking is partially an irrational business. The producer has to do the same job whether the movie turns out to be good or bad. This is why the most important decision for me as a producer is to choose wisely which script I produce and with which director I will work.”

As a young producer, Jambrović sees herself as a member of a young community wishing to bring a fresh approach to Croatian filmmaking, a community which sees the European cinema as “one interconnected film community.” The results are showing that she is on the right track.

“My latest production, Gangster of Love, achieved audience success in Croatian cinemas, competing equally with many fiction films.” Gangster of Love was a domestic success for a documentary, selling 6,664 tickets in the first four weeks including 5,000 tickets in the first two weeks. Vanja says that she is also attracted by the innovative ways of storytelling including the hybrid forms combining documentary and fiction film.

What does she expects from the next five years? She hopes to have produced fiction films as well, but mostly she wishes that in the rest of her career she will do what she is doing today: “Produce films without compromising and sacrificing my artistic vision. And still to make my living by doing it.” In our days this is a daring wish.