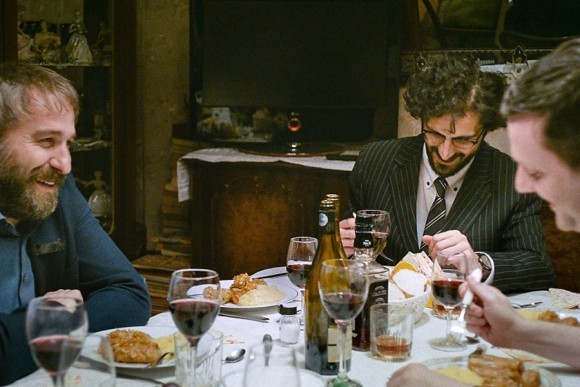 ZAGREB: The Egyptian film Clash by Mohamed Diab won the best film prize in the main competition of the 14th Zagreb Film Festival, which concluded on 20 November 2016.

This was a break-out year for the festival, with a record number of international guests, a major industry event and two Croatian films screening in the main competition. Festival director Boris Matic told FNE, “We’ve been growing every year. This year we made a bigger festival than we even had the money for.” Speaking on the choice to include two Croatian films in the competition, he said, “Last year there was no Croatian film in competition. But because of the Croatian Audiovisual Center, in Croatia we have a new miracle.” He added, “It’s a strong year for women directors in Croatia,” noting that both the films are debuts from women directors in a male-dominated industry. There were also two Croatian minority coproductions in the main competition.

The film’s industry section hosted several events, which drew wide domestic and international attention. Martina Petrovic of the Croatian Media Desk organized the first MEDIA meeting in the region, marking the 25th anniversary of the MEDIA Sub-programme, which brought together government dignitaries, MEDIA decision makers, MEDIA Desk representatives from across the Balkan territories, Canadian film industry experts looking ahead to Canada’s admission as the first non-European country to join Eurimages and dozens of Croatian film industry professionals. HBO was also present to push its first foray into original series development in the Balkan region, drawing a standing room only crowd of writers and producers. All of this led Matic to tell FNE that he sees the Zagreb festival in position to be the country’s industry festival.

Selected films from the festival will travel to three other Croatian cities through 4 December.

One of Us (Austria)
Directed by Stephen Richter