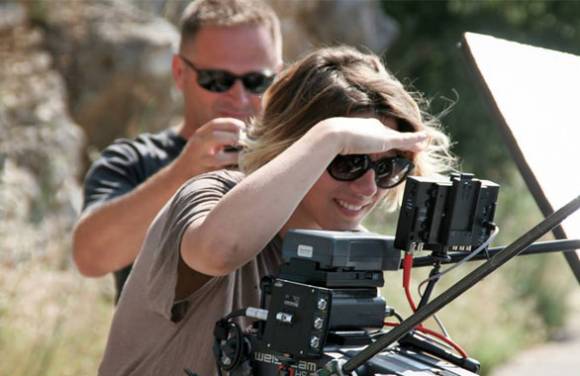 DUBROVNIK: Murina, a debut feature by Croatian director Antoneta Alamat Kusijanović, has started filming on the Croatian coast. The film is produced by Croatia’s Antitalent and Brazil’s RT Features of Rodrigo Teixeira in coproduction with Sikelia Prods of Martin Scorsese and the local production company Spiritus Movens.

According to the Croatian Audiovisual Center, filming will last 39 days and will take place on locations near Koločep, Brač and the Kornati islands.

“I’ll be rejoining forces with the same international crew that worked on my short film Into the Blue. Murina focuses on a Croatian family, whose members travel to the island where they have to face the hidden violence that exists between them”, said Antoneta Alamat Kusijanović.

Murina was granted 16,215 EUR by the Croatian Audiovisual Centre for project development in 2017 and 406,295 EUR for production in 2018. The project is co-financed with an undisclosed amount by Sikelia Prods of Martin Scorsese and RT Features of Rodrigo Teixeira. Danijel Pek from Antitalent is the lead producer. Zdenka Gold, who led the project in its initial phase, is now coproducing on behalf of Spiritus Movens.

Antoneta Alamat Kusijanović gained international attention with her short fiction film Into the Blue, which premiered at the 2017 Berlinale, where it won the Special Mention in the Generation 14plus competition. The film was later nominated for the student award of the American Academy of Motion Picture Arts and Sciences.

Kusijanović became the first Croatian to be accepted at the Cannes residence Cinéfondation, where she developped Murina, which was previously developed through the First Films First programme of the Goethe Institut.