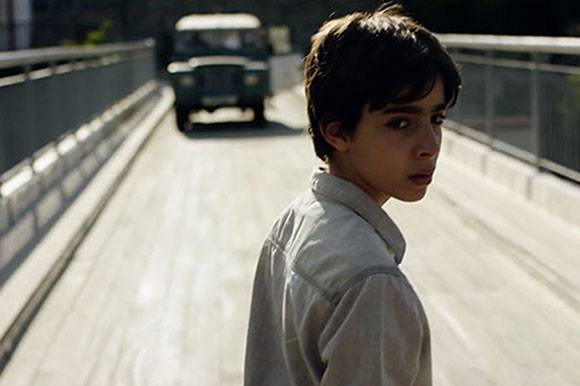 Boy on the Bridge by Petros Charalambous

Due to the financial crisis that hit Cyprus in 2013, the Ministry of Education and Culture was forced to stop funding the film industry. For the first time since then, the ministry approved production grants of a total of 1 m EUR for seven domestic films in 2015.

Continuing its efforts to encourage filmmakers in Cyprus, a country with a population of 1.14 m, the Ministry announced in 2016 that it would accept applications for a script development grant for low budget feature films and short films. The winners of the grants, which have been put in place for the first time since 2013, are yet to be announced.

In 2016 the country hosted a number of international and national feature and short film festivals, the largest being Cyprus Film Days. Domestic films also participated in international film festivals. Although theatrical distribution is not guaranteed in Cyprus, the island does steadily produce documentaries and short films, and has an active TV production industry.

No international feature films were shot in Cyprus in 2016.

Two films stood out in the international festival circuit in 2016 - Boy on the Bridge, directed by Petros Charalambous and produced by FilmWorks, and The Story of the Green Line, directed by Panicos Chrysanthou and produced by Artimages Ltd. Boy on the Bridge also participated in the Festa del Cinema di Roma - Alice in the City, where it had its premiere. It was also shown at the Panorama of European Cinema in Athens, where it received the award for best film, and it also won the Best Film Young Jury Cinephile award from the Grain A Demoure festival in France.

These two films were not released in Cypriot cinemas in 2016.

The independent short film Antidote directed by Michael Chapessi, was selected for the 39th National Festival for Greek Short Drama in Athens. It received the award for best film in the Greeks in the World section.

“There are no Cypriot distributors per se in Cyprus, only representatives of foreign distribution companies, which are in charge of distributing European and foreign films in general,” the Cultural Officer from the Ministry of Education and Culture told FNE.

Cinema in Cyprus is governed by the Regulations for the Funding of Programmes to Support Cinematographic Films under the Ministry of Education and Culture.

In 2016 the Ministry of Education and Culture announced that it would accept applications for a script development grant for low budget feature films and short films. No other grants were approved.

REPUBLIC OF CYPRUS – MINISTRY OF EDUCATION AND CULTURE

Report by Maria Gregoriou (2017)
Sources: Ministry of Education and Culture, Lumière Database on Admission of Films Released in Europe