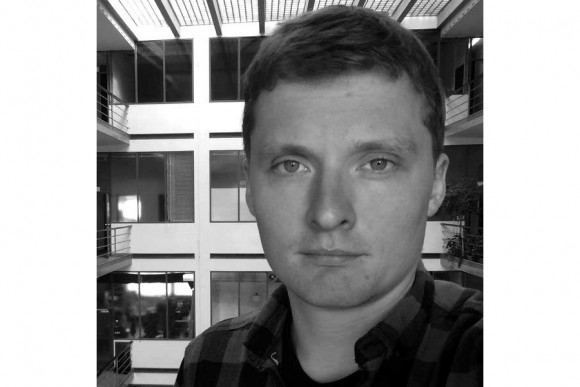 The co-founder of production company nutprodukce, Hrubý told FNE he thought his selection as a Producer on the Move was due to his work as a producer on two very different high profile films. The first is  the acclaimed Burning Bush (2013), directed by the world-renowned Polish director Agnieszka Holland for HBO and the winner of more than 11 national Czech Lion awards. He also produced Pandas (2013), an animated short movie which was the third prize winner at the Cinéfondation Section of the Cannes Film Festival in 2013.

His works also include documentaries, the award winning Fortress and Best Documentary award winner The Great Night (coproduced with HBO) at the recently concluded Finale Plzen festival of Czech and Slovak films. He is currently working on a TV series for HBO, Wasteland.

On the film production side, he is developing a feature film debut Wait in Silence based on the life of Eva Olmerova, considered to be one of the most talented Eastern European jazz singers of all time.

Hrubý was inspired to become a film producer because of his grandfather, who was a sound designer. His role models come from Hollywood, including producers Scott Rudin and David Simon, who produced the TV series Hrubý would most liked to have produced. His production tastes and goals are wide ranging, encompassing TV series and miniseries, documentary and feature films, and animation. He displays a pinch of Czech humour when noting what he brings to film production in the Czech Republic: “Good and bad ideas.” This to-the-point realist does have one idealist goal as he looks to the future: working on projects he believes in.