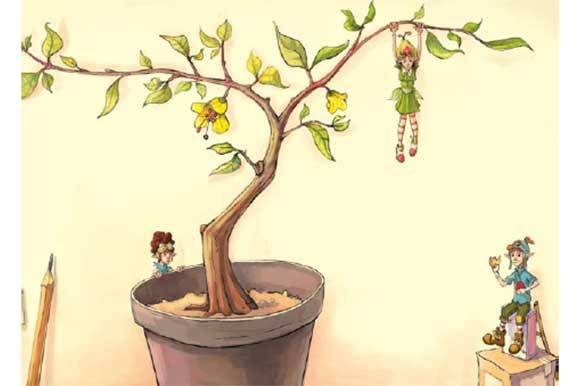 TREBON: Bulgarian producer Lachezar Velinov and writer Alexandra Lopez-Koleva are prepping a children’s TV series The Brownies, which they pitched at the CEE Animation Forum, taking place through 8 May 2019 during the Aniflim festival (7 – 12 May) in the South Bohemian town of Trebon.

The comedy/adventure series is planned for 26 episodes of 11 minutes each with a projected budget of 2.5 m EUR, and is aimed at children in the 4 – 7 age group. Zographic Films is producing with coproducers Grid Animation from Belgium and Umatik Entertainment from Hungary. It will employ 3D (CGI) animation technique.

The main character is a 7-year old girl filled with curiosity and a vivid imagination. The Brownies of the title are three tiny creatures that live in the attic of her house. They have magical biscuits that endow them with special powers.

The producers originally pitched the project at Cartoon Springboard in 2016. The project has already published a picture book and received national funding. The project was developed more than two years ago. The production company Zographic films was founded in 1994 but moved its focus to animation five years ago.

The producers broke down the budget with 120,000 EUR going toward development and 100,000 EUR for the pilot. They are currently seeking coproducers to come on board for production of the pilot episode, and are especially looking for studios with 3D specialisation, writers, and broadcasters.