God Exists, Her Name Is Petrunya One of Three Finalists of the LUX FILM PRIZE 2019 Featured 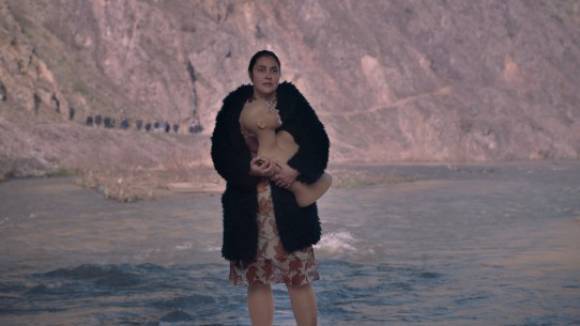 VENICE: God Exists, Her Name Is Petrunya by Macedonian director Teona Strugar Mitevska is among the three finalists for the LUX FILM PRIZE 2019. The film is a Macedonian, Croatian, Slovenian, French, Belgian coproduction.

The other two finalists are Cold Case Hammarskjöld, directed by Mads Brügger (a coproduction between Denmark, Norway, Sweden and Belgium), and the Spanish / French coproduction The Realm, directed by Rodrigo Sorogoyen.

The three films will be translated into the 24 official languages of the European Union and screened in more than 50 cities and festivals across all 28 EU countries.

The LUX Film Days organised by the European Parliament Liaison Offices and the Creative Europe MEDIA Desks  will include three simultaneous screenings with webstreamed live debates with the directors.

In autumn, the newly elected members of the EP will vote and the winner will be announced on 27 November 2019 at the formal sitting of the EP in Strasbourg. The winning title will be adapted for those with visual and hearing impairments, and will also receive promotional support during its international release.

God Exists, Her Name Is Petrunya / Gospod postoi, imeto i' e had its world premiere in the main competition of the 2019 Berlinale, where it received the Ecumenical Jury Prize.