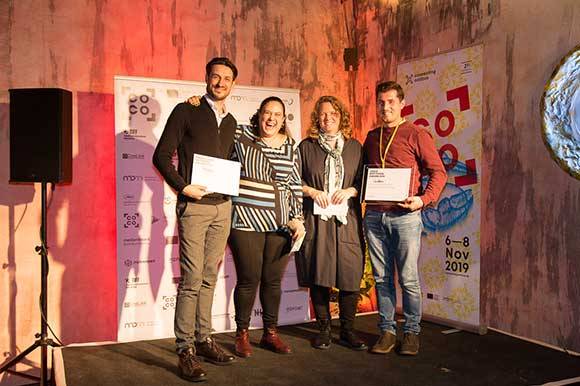 COTTBUS: The Moldovan black comedy Carbon won the Best Pitch Award at the 21st edition of the connecting cottbus pitching forum at the awards ceremony on 7 November 2019. The award comes with a cash prize of 1,500 EUR and accreditation to Producers Network at Marche du Film in Cannes 2020. The project from director/producer Ion Bors and producer Sergiu Cumatrenco, jr., had won the coco award at Transilvania Pitch Stop.

The Avanpost Pitch Packaging Award went the Turkish project Athlete, pitched by director Semih Gulen and producer Arda Ciltepe. The award consists of up to 15,000 EUR in in-kind services, which can be used for financing strategy consulting, a project look-book, and production/post-production for a proof of concept from the Romanian post-production company Avanpost. Cristian Nicolescu of Avanpost told FNE that the award was particularly useful for film projects from CEE territories, which don’t have a strong tradition of creating proof of concepts and project look-books. The jury also gave a special mention to Lithuanian producer Kristina Buozyte of Natrix Natrix for her sci-fi film project Vesper Seeds.

The MIDPOINT Consulting Award, presented for the first time, was given to three projects: the Polish project Wet Monday from Lava Films producer Marta Gmosinska and director Justyna Mytnik; the Russian project Convenience Store from director Mikhail Borodin and producer Artem Vassiliev; and the Israeli project No Land for Me directed by Ram Nehari and produced by Yifat Prestelnik. The award consists of a two-part consultancy with MIDPOINT experts. 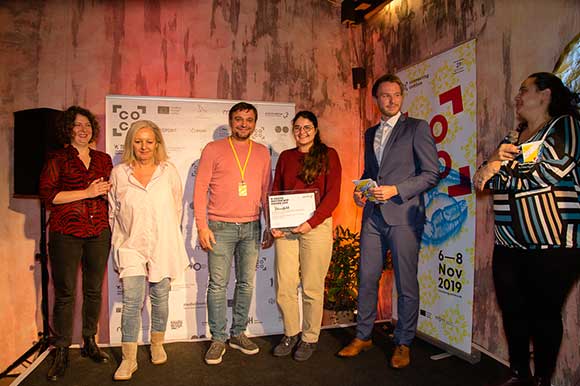 The D-Facto Motion WIP Award to the best films from the Works in Progress section gave its prize to the Ukrainian film Blindfold directed by Taras Dron and produced by Valeria Sochyvets. The award includes 35,000 EUR of in-kind post-production services at the German post-production house, plus 5,000 EUR in cash to cover travel expenses.

Over 150 people attended the pitching session. Marjorie Bendeck, the enthusiastically supportive director of connecting cottbus, said that over half of the projects pitched at connecting cottbus over the past 20 years have already been realised. Some 170 projects were submitted for this year’s edition.

A number of new film distributors have come to connecting cottbus over the last two years, and Italy has a larger than usual presence this year. Montenegro, which had a project at the pitching forum for the first time this year, was rewarded with the highest number of one-to-one meeting requests for the Balkan comedy Forever Hold Your Peace from director Ivan Marinovic and producer Maria Stojanovic of Adriatic Western.