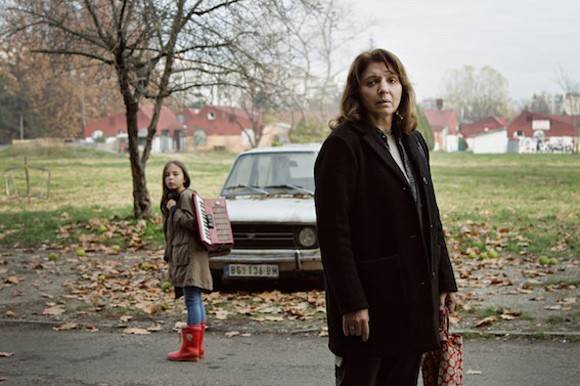 BELGRADE: For the second year in a row Film Center Serbia maintained its regular schedule of financial support contests and at the end of 2017 the Goverment granted a total of 8,482,200 EUR / 1.005 m RSD.

The Serbian/Bulgarian/Macedonian coproductionRequiem for Mrs. J. / Rekvijem za gospođu J., directed by Bojan Vuletic, was selected for the Panorama Special programme at the Berlin IFF 2017, later becoming the most awarded domestic film in Serbia in 2017 and the Serbian Oscar bid in the Foreign Language category. The film also made it to the top 50 best European films of 2017, thus qualifying for the European Film Awards nominations.

A special programme Acid Trip # 01: Serbia in Cannes, consisting of two Serbian feature films and five shorts, was organised during the Cannes Film Festival 2017. A coproduction agreement between Film Center Serbia and the French Centre national du cinéma et de l'image animée (CNC) was signed in Cannes. Its first chapter was a coproduction market that took place in Paris in December 2017. Five Serbian film projects in preproduction were pitched to potential French coproducers.

It was also a great year for Serbian documentaries. In Praise of Nothing  / Slatko od ništa, directed by Boris Mitić, produced by Dribbling Pictures and narrated by Iggy Pop, premiered at the Locarno Film Festival. The Other Side of Everything / Druga strana svega directed by Mila Turajlić premiered within the official programme of the 2017 Toronto IFF and won the Best Feature-Length Documentary Award at the 2017 IDFA, which is the first big prize for a Serbian film at the IDFA. The Other Side of Everything is a Serbian/French/Qatar coproduction and also the first HBO Europe coproduction with Serbia.

The end of 2017 saw the premiere of the restored version of Slobodan Šijan’s classic comedy Who’s Singing over There? / Ko to tamo peva (1980, produced by Centar Film). The film was voted best Serbian feature film of all times in December 2016. The premiere celebrated the official cooperation between the Serbian National Cinematheque and the Vip Mobile operator, who is supporting the restoration of ten Serbian classic films set to be returned to the audience in 2018.

More than a dozen feature films were shot, produced and postproduced in 2017.

It is thus expected that 2018 will bring an increase in the number of domestic films completed and released.

In autumn 2017 Boban Jevtić, the Director of Film Center Serbia, announced a plan to increase the percentage of cash rebate for film production, from the present 20% on qualified expenditure for feature films, TV series, animated films and visual effects, TV commercials and documentaries. Since the implementation of the cash rebate scheme in April 2016 until autumn 2017, international productions spent approximately 58.5 m EUR in Serbia, of which approximately 35 m EUR came from feature films.

Two more Serbian films, which had their premieres at international film festivals, are still waiting to meet the domestic audience - Dejan Zečević’s Offenders / Izgrednici (produced by Biberche), which premiered at the 2017 Chicago IFF,  and Svetislav Dragomirović’s Horizonti / Horizons (produced by Cinnamon Production Production), which had its first screening at the 2017 Cairo IFF.

Other films such as Petar Pašić’s Of Bugs and Heroes / O bubicama i herojima (produced by Doktor Production) and Momčilo Prerardović’s System / Sistem (produced by Vertical Media) have been trapped in postproduction for years and are expected to be finished in 2018.

Another film finished in 2017 and hoping for commercial success is Front Page Dwarfs / Patuljci sa naslovnih strana, a comedy directed by Milorad Milinković and produced by Livada Produkcija. The film was supported by Film Center Serbia in its grant contest for genre and potentially commercial films, and opened domestically on 18 January 2018. At least five more national premiers are expected at the FEST - International Film Festival in Belgrade, a major film festival held each year at the end of February and the beginning of March.

Two new multiplexes were opened in Belgrade in 2017. The biggest multiplex chain in Serbia Cineplexx opened its third venue with eight digital screens in the BIG Shopping Mall in Belgrade. Cineplexx had already had two venues in Belgrade (with 17 screens altogether), one in Kragujevac (with six screens) and another in Niš (with five screens).

Apart from regular cinema distribution, Serbia has several dozen of national and international film festivals in almost all the towns of the country, which, aided by numerous film weeks and themed film events, greatly contribute to the cultural life of the country.

In 2017 Film Center Serbia suported 157 film projects or film-related projects (such as pre-digitalisation). In 2017 there were 24 contest for co-financing of feature and short fiction films, long and short documentaries, student films, experimental and video art films, genre-profiled and potentially commercial films, compared to 16 in 2016 and nine in 2015.

During the Sarajevo Film Festival 2017, Film Center Serbia and the Greek Film Centre signed a cooperation agreement focusing on the distribution of Serbian and Greek films. Film Center Serbia also sponsored the award for best new drama series at the CineLink Drama in 2017.

In September 2017 Film Center Serbia and the Beijing Municipal Bureau of Press, Publications, Radio, Film and Television of the People’s Republic of China signed a memorandum focusing on future cooperation in several areas including film production and film distribution. A partnership agreement with the When East Meets West coproduction market within the Trieste Film Festival was also signed in 2017.

Two Serbian feature films were supported by Eurimages in 2017 -  Miroslav Terzić’s Stiches / Šavovi and Srdan Golubović’s Father / Otac (produced by Baš Čelik). Alongside Stefan Arsenijević’s Strahinja (produced by Art & Popcorn), Father was also supported by the French CNC. Arsenijević’s Strahinja was granted 200,000 EUR from the Film Fund of Luxembourg, as it is the first coproduction between Serbia and Luxembourg.

In 2017 the Serbian National Broadcasting Company RTS kept its dominance both in production and popularity. Furthermore, it fully implemented the part of the agreement it had previously reached with Film Center Serbia as to covering the broadcast of Serbian documentary films and programmes. Thursday’s prime time slot has been reserved for such content. For the first time in the history of Serbian documentary filmmaking, RTS bought the broadcasting rights for 20 praised documentaries.

According to a research announced by RTS, its first channel RTS1 was the most popular TV channel during 359 days in 2017, compared to 342 in 2016. The list of 100 most watched shows has 93 programmes broadcast by RTS.

Also in 2017 RTS produced and aired two of its sitcoms initialised in 2016 – Neighbours / Komšije (coproduced by Vision Team) and Suspects / Sumnjiva lica (with Film Deluks as executive producer). At the very end of 2017, the second season of My Father’s Killers / Ubice mog oca, which was originally produced and aired by RTS, became part of the offer of the newly founded cable channel Top.

In 2017 RTS worked on several new series to be broadcast in 2018, such as The Nemanjics – Birth of the Kingdom / Nemanjići – Rađanje kraljevine (the 15-episode historical drama scripted by Gordan Mihić and directed by Marko Marinković, with the first episode aired on RTS on 31 December 2017) and Roots / Koreni (based on Dobrica Cosić’s literary classic, directed by Ivan Živković and coproduced by Eye to Eye film).

At the beginning of 2018, RTS aired the first episode of its new original crime mystery TV series Pet, that will be fully broadcast in spring 2018. Viewers can also expect the return of the TV series Military Academy / Vojna akademija (coproduced by Nira), that will reach its fourth season.

In 2017 TV Prva presented two new series based on foreign content – Truth and Lies / Istine i laži (originally a TV show in Argentina) and Mamma’s Boys / Mamini sinovi (deriving from an Australian sitcom). The production of TV Prva’s older hit TV series, ER  / Urgentni centar and The Sinđelić Family / Sinđelićevi (the Serbian versions of ER and Los Serrano, produced by Emotion ) continued in 2017.

After several years of inactivity, Pink returned to TV production with the comedy Codename: Despot / Šifra: Despot (50 episodes during its first season coproduced by Contrast Studio). Željko Mitrović, the owner and CEO of Pink, announced that the company will significantly continue the TV series production in the years to come.

FILM IN SERBIA
Vlajkovićeva 18
11000 Belgrade, Serbia
Phone: +381 11 3230 581
This email address is being protected from spambots. You need JavaScript enabled to view it.
www.filminserbia.com

FACULTY OF DRAMATIC ARTS
Bulevar Umetosti 20,
11070 Novi Beograd, Serbia
Phone: +381 11 213 56 84
This email address is being protected from spambots. You need JavaScript enabled to view it.
www.fdu.edu.rs

This email address is being protected from spambots. You need JavaScript enabled to view it.
www.kinoteka.org.rs