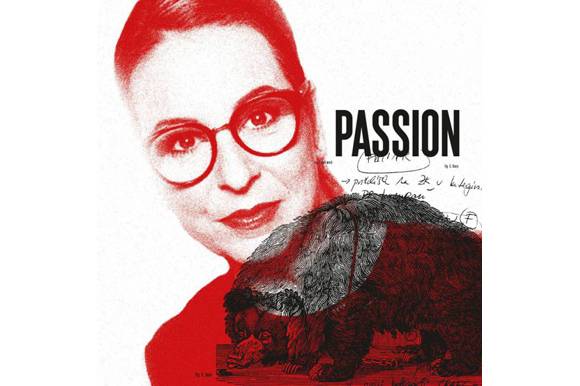 FNE: What are some of the main topics of interest for documentary filmmakers in Slovakia at this time?

Wanda Adamík Hrycová: Watching documentary films produced in Slovakia in recent years I feel like documentary filmmakers are mostly interested in marginalised groups and their confrontation with the majority. And then there is also some sort of tireless search for how to deal with the crisis of values in our society through looking back into recent history, eg. The Lust for Power / Mečiar or Patrik Lančarič's Válek (produced by beetle, coproduced by Punkchart films, the Slovak Film Institute and RTVS, with support from the Slovak Audiovisual Fund and the Ministry of Culture of the Slovak Republic.

Wanda Adamík Hrycová: The world of documentary cinema is a rather new and uncharted territory for me. I've coproduced one documentary film and I am currently developing another one, curious where this path will bring me. What fascinates and at the same time scares me a bit as a person from the world of fiction is the unpredictability. But at the same time, I believe that as a “control freak” I can learn a lot.

FNE: How strongly is documentary filmmaking supported in Slovakia?

Wanda Adamík Hrycová: It’s the same as in fiction – the main supporters are the Slovak Audiovisual Fund with its special scheme for documentary films, there is support in the form of rebates (for projects with a budget of more than 150,000 EUR), and then RTVS as a public broadcaster.

FNE: In general, is it easier to make a domestic documentary or an internationally coproduced documentary in Slovakia?

Wanda Adamík Hrycová: I don’t think there is a clear answer for that. There are many factors such as the subject, creative team, budget… Sometimes it’s convenient to make a coproduction, sometimes it forces you to so many compromises that it’s more useful to produce the film only in one country.

Contact information:
Wandal Production
Website: www.wandal.sk
Email: This email address is being protected from spambots. You need JavaScript enabled to view it.
Phone: +421905101803