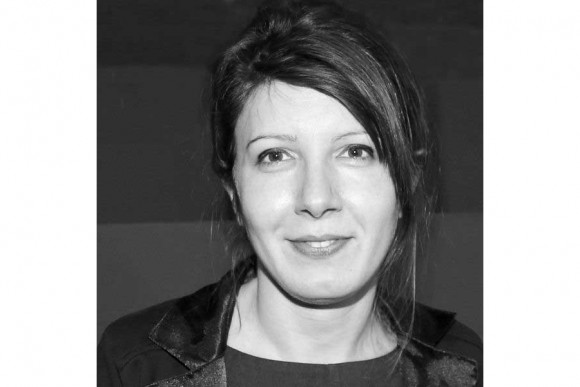 TBILISI: Georgian New Wave producer Tinatin Kajrishvili comes to European Film Promotion’s Producers on the Move networking platform with ten film projects to her credit, including the upcoming One Way Ticket which she will produce and direct.

In 2001 Kajrishvili graduated with an MFA from State Theatre and Film University of Georgia. Despite the crisis at the beginning of the new century, she managed to shoot several short films: Opus 1 and Mysteries. In the next few years she travelled extensively, finally coming back to Georgia.

“I left Georgia several times but I understood that I can’t write or do anything in other countries. I went back and started to organize myself in my country.  I started producing movies mostly of my schoolmates from the institute as there were no funds,” she says.

In 2006 Kajrishvili established Gemini Ltd. Since then, she has actively dedicated herself to the production business.

“In the beginning of my work as a producer, I remember, people could not even pronounce the word “producer” correctly, and directors usually thought that producers’ only obligation was to provide money. Unfortunately, even today the role of the producer in underestimated in Georgia,” she notes.

In the end of the decade, Gemini produced the mid-length documentaries: Unknown Soldiers, 2009, by Shalva Shengeli and Not White-Black, 2010, by Konstantine Esadze.

In 2009 she participated in EAVE organized by the Georgian National Film Center with the aim of developing film projects. As a result, she produced several short films, documentaries and feature film. Among them, the short films Nest by T. Bziava and Black Mulberry by G. Razmadze were shown at the Sundance, Cork, Palm Spring, and Hong Kong film festivals. In an interview she commented: “I do not have favourite formats or genres. What matters are the story and the protagonists.”

In 2013, Gemini was the coproducer of Paradjanov (Ukraine, France, Georgia, Armenia) by Serge Avadekian and Olena Fetisova, a biofilm about one of the greatest Soviet directors confronting the totalitarian regime. The film was produced by Interfilm Studio Production, Araprod, Gemini, and Paradise. Paradjanov was premiered at Karlovy Vary IFF.

In addition to her big projects, Kajrishvili focuses on films by young cinematographers who are in the shadows compared to the masters of the industry. To the question: “What film do you wish you had produced?” she responded: “I’d be the producer of my favourite films, which are not as successful as they deserve. In the future I wish to cooperate with young directors and work on their debut projects.”

In 2014, she directed Brides (Georgia, France) produced by Gemini, Adastra Films, and Millimeter Film. The film tells the story of the unusual marriage of Nutsa and Goga, a Georgian couple whose relationship is strained due to the fact that Goga has been sentenced to several years in prison. In the beginning of fund rising Gemini received financial support from the Georgian National Film Center, followed by French CNC (Cinema du Monde). Brides was premiered at Berlinale in the Panorama section, receiving high praise for the plot, cast (Mari Kitia and Giorgi Maskharashvili), and photography by Goga Devdariani (D.O.P. of Blind Dates by Levan Koghuashvili).

One Way Ticket is her forthcoming project, now in the development stage. The film is scheduled to go into production in 2015 with a budget of 700,000 EUR. The film tells us the story of Giorgi, spoiled by women’s attention, who conducts several affairs at the same time, but one day unexpectedly falls in love and has to change his way of life.

When asked about how she sees her position in the film industry in five years, Kajrishvili responded that directing and producing will both be integral parts of her career.