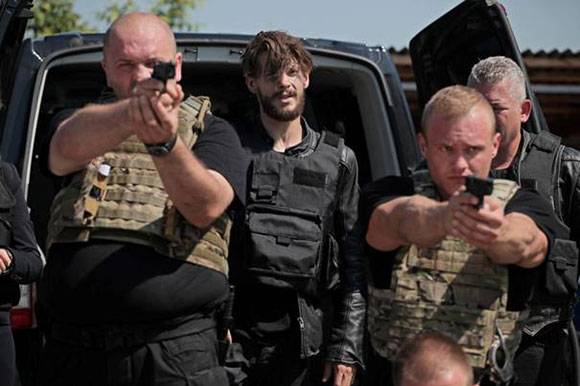 Polish cinema had another strong year in 2016, with record breaking box office results, international success of feature and documentary films, worldwide distribution for domestic titles, as well as a new fund supporting minority coproduction and a promise of tax breaks from the new government.

It was a strong year for Polish debut features, with Jan P. Matuszyński’s The Last Family/ Ostatnia rodzina starting its journey with a prize at the Locarno IFF and afterwards winning Golden Lions at the 2016 Gdynia Film Festival.

Agnieszka Smoczyńska’s debut feature, the horror-musical hybrid The Lure / Córki Dancingu won the Special Jury Award at Sundance and will be released in US cinemas by Janus Films in February 2017. The Sundance jury also awarded one of the most acclaimed Polish documentaries of the year, All These Sleepless Nights / Wszystkie nieprzespane noce by Michał Marczak with best director award in the World Cinema Documentary Competition.

Tomasz Wasilewski’s United States Of Love / Zjednoczone Stany Miłości became one of the most acclaimed Polish productions in 2016, winning the Silver Bear at the 76th Berlin IFF and scooping a European Film Awards nomination.

One of the major Polish coproductions shot in 2016 was Lech Majewski’s adult fantasy Valley of the Gods. The film is a Polish/American coproduction starring Josh Hartnett, Charlotte Rampling and John Rhys-Davies, and it was shot in Poland, Italy and the USA in spring 2016.

Bodo Kox’s sci fi drama The Man with the Magic Box / Człowiek z magicznym pudełkiem was shot in the second half of 2016. The film is a Polish/UK/Italian coproduction set in Warsaw in 2030, and follows Adam who suddenly discovers he can travel back in time. The film was produced by Alter Ego Pictures in coproduction with Mike Downey through UK’s Film & Music Entertainment and Alessandro Riccardi and Gianluca Varriale through Italy's Vargo Film.

In May 2016 Maria Sadowska shot The Art of Love / Sztuka kochania, a biopic of Michalina Wisłocka, a famous Polish sexologist, who revolutionised the sex life of Poles. The film was produced by Watchout Productions in coproduction with TVN S.A., Orange S.A. and Agora S.A..

Denis Delić’s and Wiesław Saniewski’s Squadron 303 / Dywizjon 303, the long awaited adaptation of Arkady Fiedler's bestselling novel about Polish pilots who fought in the Battle of Britain, went into production in August 2016. Jerzy Skolimowski, James McManus and Ewa Piaskowska, Zdzisław Samojłowicz and Krzysztof Burdza wrote the script. The film was produced by Film Media S.A. Shooting is planned to wrap in July 2017.

Polish box office hit director Juliusz Machulski shot his new comedy Volta in September 2016, produced by ZEBRA Film Studio with an all-star cast. Volta is a crime comedy with different historical backgrounds, including the present as well as the 14th, 16th and the 20th century. The film is set in Lublin and is one of the projects that will promote the city in 2017 on the occasion of the city’s 700th anniversary.

Urszula Antoniak’s new drama Beyond Words was shot in Berlin in July 2016. This Polish/Dutch coproduction stars Jakub Gierszał and Andrzej Chyra, and touches on the difficult subject of emigration. Poland’s Opus Film is the producer in coproduction with Family Affair Films from the Netherlands.

Another Polish project shot in 2016 is Loving Vincent, a fully painted animated film directed by Dorota Kobiela and investigating the life and death of Vincent Van Gogh through his paintings. The film was

Filip Bajon also shot his costume drama The Butler / Kamerdyner in 2016. The film follows the history of the Kashubian region and is a major production made with a budget of 3.1 m EUR / 13.6 m PLN. Filmicon is the producer.

In 2016 Agnieszka Holland finished shooting Game Count / Pokot, a drama that will have its world premiere in the International Competition of the 67th Berlinale IFF. The adaptation of Olga Tokarczuk’s bestselling novel Drive Your Plough over the Bones of the Dead will be released in Poland by Next Film.

The leading distributors of mainstream cinema on the Polish market are Kino Świat, SPI International Polska and Monolith Films.

The art house market is dominated by Gutek Film and Against Gravity.

In July 2016 Akson Studio, one of the major Polish production companies, created its own distribution brand on the Polish market, Akson Dystrybucja, that will distribute Akson Studio's productions and

Netflix was launched in Poland in September 2016 with plans for local content production, while Showmax is preparing to launch in Poland in February 2017.

In 2016 the leading Polish mobile services Play and Orange introduced their own VOD services, providing customers with content available on demand and streaming of popular TV channels.

Poland’s New Europe Film Sales is handling the sales of United States of Love by Tomasz Wasilewski. Until the end of 2016 the film was already released in the UK, France, Denmark, Sweden, Hungary and Romania.

The Last Family by Jan P. Matuszyński was sold to Sweden and the UK, with further deals to be confirmed.

Additionally, there are more than 600 one-screen cinemas.

In 2016 the chart was topped by Patryk Vega’s action thriller Pitbull. Dangerous Women / Pitbull niebezpieczne kobiety (TVP), which set a record with 2.1 m admissions during the first three weeks in cinemas and 2.791 m tickets sold in 2016.

Vega’s hit was followed by Mitja Okorn’s Planet Single / Planeta singli, a Polish/ Slovenian coproduction produced by Gigant Films in coproduction with TVN. The film was released by Kino Świat on 5 February 2016 and sold 1.9 m tickets through December 2016.

The third position in the total box office 2016 is held by Ice Age 5: Collision Course with 1.45 m admissions, closely followed by Wojciech Smarzowski’s Volhynia / Wołyń (Film It), which was released by Forum Film Polska on 7 October 2016 and had 1.43 admissions. The top 5 is closed by the first installment of Patyk Vega’s crime trilogy Pitbull. New Order / Pitbull. Nowe porządki (Ent One), which sold 1.4 m tickets since 22 January 2016 through December 2016.

Vega is currently the only Polish filmmaker with two films in the top four domestic productions of the year, both films selling over 3.5 m tickets.

The Polish Film Institute (PISF) is the largest source of funding with additional funds coming from the television, a well-developed network of regional film funds, as well as private sources. The most frequent coproduction partners for Poland are Germany, France and the Czech Republic, with growing involvement of the Scandinavian countries including Sweden and Denmark.

Poland still awaits a tax incentives law, with the Polish government currently working on a new bill introducing tax cuts that would allow film producers to get reimbursement of up to 25% of the budget. Poland has special production agreements with several countries and since 2016 it has a new minority coproduction fund at the Polish Film Institute with 1.8 m EUR / 8 m PLN of production funding for international coproductions.

A total of 70% of the Institute’s yearly budget is destined for film production with the remaining amount going for education, cinema support and international promotion. In 2015 PISF took a priority approach to family and young audience films by allocating separate funds for projects of this genre. In 2016, in her first year as PISF Director, Magdalena Sroka introduced several new initiatives including a special expert commission and fund allocation dedicated to films for children and youth audience.

The Polish Filmmakers Association (SFP) has over 1,700 members. The SFP is involved in the organisation of film events including festivals and major markets. Munk Studio, which operates within the structure of the SFP, produces short films and debut features made by young filmmakers. Polish producers are members of the Polish Audiovisual Producers Chamber of Commerce (KIPA) established in November 2000 in order to protect “the economic and legal interests of the Polish audiovisual sector.”

The Polish market has also a very active network of film commissions located in the Lower Silesia, Małopolska, Mazovia, Silesia and Wielkopolska regions and the cities of Łódź and Poznań. In 2016 Poland introduced its seventh regional film commission, located in the Podkarpackie Voivodeship in southeastern Poland. The Podkarpackie Regional Film Fund is planned to launch in 2017.

Film Commission Poland was created in order to centralise all these activities as the first source of information on organising production in Poland. Film Commission Poland offers an interactive portal with an online catalogue of locations and Polish film professionals available at http://filmcommissionpoland.pl.

Public and private broadcasters are an integral part of the Polish film industry as producers and commissioners of locally produced content.

The leading TV channels in Poland are public TVP holdings with flagship channel TVP1 with 12% market share in the second quarter of 2016 (according to the National Broadcasting Chamber), followed by Polsat with 11.21% market share and TVN with 9.92% market share.

TVP continues to be the biggest source of funds for filmmakers. It supported feature, short, documentary and animated films with 4 m EUR / 18 m PLN in 2016.

In 2016 the Polish Government introduced an amendment to the media bill, changing the way the heads of public media in Poland are appointed. Previously, the presidents and directors of public TV and radio were chosen by the boards of the respective media in consultation with the National Broadcasting Chamber (KRRiT).

Following the amendment, they are now appointed by the Polish Minister of Treasury, who also nominates the members of the supervisory board. The first TVP president to be chosen that way was the head of the Polish Public Television, Jacek Kurski. One of his first decisions was to allow TVP Info to start emitting a decoded signal through Hot Bird satellite, so as to expand its reach to Europe, South Africa and part of Asia.

In 2016 TVP signed a letter of intention with PGNiG, a Polish state-controlled oil and natural gas company, stating that both institutions would work together on promoting Polish culture.

TVP also signed a new letter of intent with BBC Worldwide aiming at expanding the cooperation by coproducing new series and films. The public broadcaster also holds an open call for ideas for new and original series to further develop Polish TV formats that would be interesting on the international market.

In 2016 Agnieszka Odorowicz joined the Board of Cyfrowy Polsat. The former PISF director is responsible for the broadcaster’s engagement in film production and distribution, which is planned to significantly increase in the upcoming years through the special programme Cyfrowa Strefa Twórców, set up in 2016 to finance film and TV series productions.

TVN is still strongly engaged in Polish film production (it coproduced Planet Single), but it also invests in producing domestic films and shows made for VOD. A newly created production unit TVN Emotion Studio produced over 80 hours of material in 2016. TVN also bought a major share in Gamellon, a company specialising in producing Youtube programmes on gaming.

One of the key players in Polish film production is HBO Polska, a channel focused on supporting original cinema and programming. In 2016 HBO Polska was the coproducer of Locarno’s Critics Week winner, documentary Communion, directed by Anna Zamęcka and coproduced with Wajda Studio and Otter Films.

SILESIA FILM COMMISSION
40-008 Katowice, Górnicza 5, Poland
Phone: +48 698 353 147
This email address is being protected from spambots. You need JavaScript enabled to view it.

REGIONAL FILM FUND POZNAŃ
Phone: +48 61 852 88 33
This email address is being protected from spambots. You need JavaScript enabled to view it.