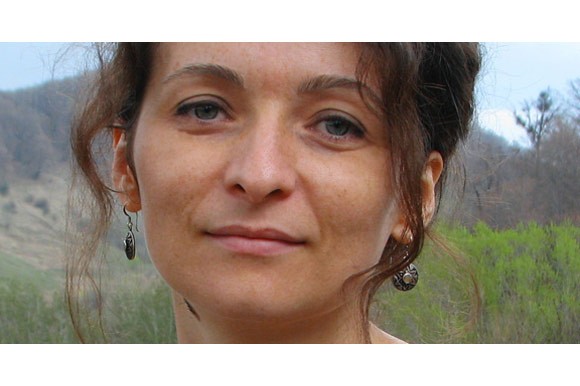 BUCHAREST: European Film Promotion 2012 Producer on the Move Monica Lazurean-Gorgan emerged as a force in the Romanian film industry in 2007 when she founded 4Proof Film (www.4prooffilm.ro) and was associate producer for Adrian Sitaru's Hooked which premiered in Venice in 2008.

She continued working with Sitaru, producing his short The Cage awarded with the DAAD Prize at the Berlinale 2010 (www.berlinale.de) and coproducing his second feature Best Intentions, awarded Best Director Silver Leopard in Locarno 2011 (www.pardo.ch). She went on to produce Sitaru's latest film Domestic (now in postproduction), and also Gabriel Achim's first feature Adalbert's Dream (2011), awarded with the Jury's Special Prize at Tallinn IFF (2011.poff.ee). She says however that the most surprising film she made so far is the documentary My Vote (2011) which she produced and co-directed together with Andrei Gorgan. "We used more than 70 hours of rushes and the result was a wonderful story about craving for power, the human condition and the election frauds in a Romanian village," she told FNE.

For Lăzurean-Gorgan the motivation is always important. "I couldn't work on a project I don't feel attached to or which I don't understand," she says. This wasn't the case so far and it seems it won't be in near future as she is involved in projects she enjoys. She has a "special affection" for Adina Pintilie's first feature Touch Me Not/Nu mă atinge-mă (for which she is a delegate producer), "a daring and personal project exploring the limits of cinematic language from the narrative structure to the very shot construction." The project is selected for l'Atelier de Cinefondation in Cannes 2012 (www.festival-cannes.com/fr/cinefondation/theAtelier) after receiving the most important prize at Torino Film Lab 2011(www.torinofilmlab.it), the biggest attention at the 2011 MEDIA (eacea.ec.europa.eu/media) evaluation, the ARTE France Cinema Prize (www.arte.tv) at Cinemart 2011 (www.filmfestivalrotterdam.com), and the Special Mention at Cinelink 2011 (www.sff.ba/en/cinelink). In Romania, "where the gravity laws are different," the project has not received a grant.

Lăzurean-Gorgan is also developing two coproductions: with Austria, the long documentary Circuit (working title) which she co-directs together with Michaela Kirts, and with the UK the feature The Death of a Salaryman. She is especially interested in coproducing with the Nordic countries - Sweden and Finland - and with Croatia. Looking ahead a few years, she plans to coproduce with Canada and after that "a musical horror about Dracula" with the United States.

She admits that sometimes she builds castles in the sand, but says that "they are healthy in this business." In any case, a sense of humor is a plus. As she says, "I have a too-short experience in this business in order to call my projects ‘successful'. I would rather say that I feel good being a producer and a creative producer, although I'm not as good in financial accounting as some might think."