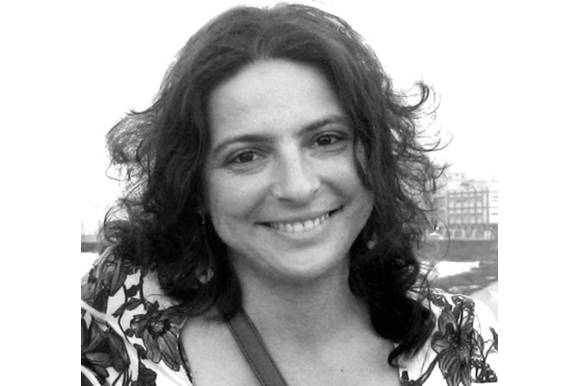 SOFIA: Mila Voinikova represents Bulgaria as a European Film Promotion 2017 Producer on the Move. For eight years she has been working at Miramar Film founded in 2001 by Ilian Djevelekov, Matey Konstantinov and Georgy Dimitrov.

After having graduated in 2001 from Bulgaria’s National Academy of Theatre and Film Arts Voinikova continued her cinema studies at the Tisch School of the Arts by the New York University (2005). She then worked in the international department of the Bulgarian National Film Center and the domestic distribution departments of the Weinstein Company in New York and Freestyle Releasing in Los Angeles.

In 2009 Voinikova returned to Bulgaria and started overseeing Miramar’s current productions. In 2011 she monitored the domestic marketing campaign of Ilian Djevelekov’s national box office hit Love.net seen by over 210,000 viewers. Currently she is launching a fresh advertising campaign for Djevelekov’s second feature film Omnipresent. Part of Voinikova’s responsibilities is also linked to the supervision of Miramar’s international coproductions: Murad Ibragimbekov's There Was Never A Better Brother (2011), coproduced with Russia’s Ibrus and Central Production International Group, and Krzysztof Łukaszewicz’s war drama Karbala (2015), coproduced with Poland’s Agora, TVP, Orka Studio and Canal Plus. She also keeps an eye on the smaller formats like Svilen Dimitrov’s animated film Rew Day and Pavel G. Vesnakov’s short Trains, both produced by Miramar in 2011.

Voinikova’s first film as lead producer is Konstantin Bojanov’s Light Thereafter, coproduced with Belgium’s Left Field Ventures. The film is shot on location in Belgium, Bulgaria and the UK and stars Barry Keoghan in the main part. At present Voinikova is working on Ilian Djevlekov’s third feature film Pernik Tragedy planned for shooting in 2018.

She told FNE that thanks to long standing relations with trained professionals Miramar gets great production value from minimum budgets. According to her, possessing one’s own equipment, post-production facilities and talented technicians for visual effects is advantageous. Concerning their own productions, similarly to other Bulgarian companies, Miramar mostly relies on funding from the Bulgarian National Film Center and occasionally from the Bulgarian National Television. She said that depending on the project the company has the capacity to secure funding from sponsors and private TV broadcasters. In-kind participation is also an option.

Regarding distribution Voinikova believes that although Bulgaria is a small market, thanks to special additional efforts, better releases of the company’s films are possible. “We prefer to serve our films ourselves as we know that no distributor would take care of them the way we do. We know the market and we have good relationships not only with the theatrical network, but also with the potential sponsors of our marketing campaigns,” Voinikova told FNE.

Mila Voinikova
This email address is being protected from spambots. You need JavaScript enabled to view it.
phone:+ 359 2 943 4904
www.miramarfilm.com